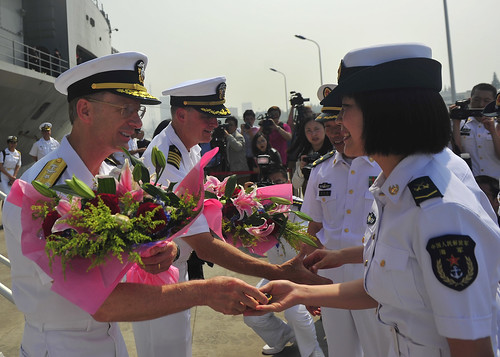 Shanghai is one of several port visits during Blue Ridge’s 7th Fleet patrol, which has included India, Singapore, and the Philippines.

Capt. Matt Paradise, Blue Ridge’s commanding officer, said the overall mission for the port visit is to get to know and develop our relationships with the People’s Republic of China, People's Liberation Army Navy. “The more Blue Ridge works with the PLA(N), the better we will get to know each other and that will increase mutual understandings and decrease tensions. In turn we can become better partners.”

Sailors and Marines will play basketball with their Chinese counterparts in a friendly inter-navy basketball game. The crew will also have the chance to experience Shanghai through various Morale, Welfare and Recreational tours.

Additionally, U.S. and People’s Republic of China’s Sailors will jointly volunteer their time with a community service project for Shanghai’s School for the Blind.

“We plan on playing and interacting with students at the school to not only engage the local community, but strengthen our relationship with the PLA (N) Sailors,” Religious Programs Specialist 1st Class Brian Jewell said.

“Blue Ridge Sailors have completed two community service projects over the few years that we have visited,” continued Jewell. “Hopefully, through these types of engagements, we will be able to open up more opportunities for other ships to serve the local community.”

“Shanghai is a beautiful city and I look forward to our Sailors enjoying some liberty and getting the opportunity to experience the culture and meet the people.”

Blue Ridge has been forward deployed to Yokosuka, Japan for 36 years. As the flagship for Commander, U.S. 7th Fleet, Vice Adm. Joseph Aucoin, Blue Ridge is vital in maintaining partnerships in the Indo-Asia Pacific. 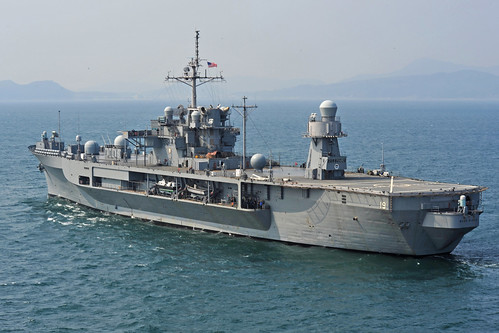