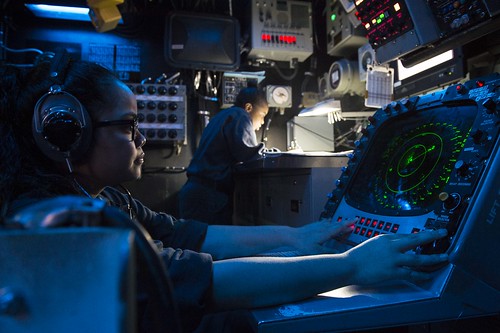 “All watch standers were vigilant in their duties throughout the night, ensuring timely effective reports to the pilothouse and CIC [combat information center] which culminated in safe navigation and a successful evolution,” said Ensign Brad Taylor, who was the officer of the deck during the patrol.

The transit followed Harpers Ferry’s participation in a subject matter expert exchange with the Indonesian Marine Corps, Aug. 1, which allowed U.S. Sailors and Marines to share tactics and capabilities with their Indonesian counterparts.

Harpers Ferry, part of the Boxer Amphibious Ready Group, with the amphibious assault ship USS Boxer (LHD 4) and amphibious transport dock USS New Orleans (LPD 18) and the embarked 13th Marine Expeditionary Unit, is operating in the Western Pacific in support of security in the Indo-Asia-Pacific region.