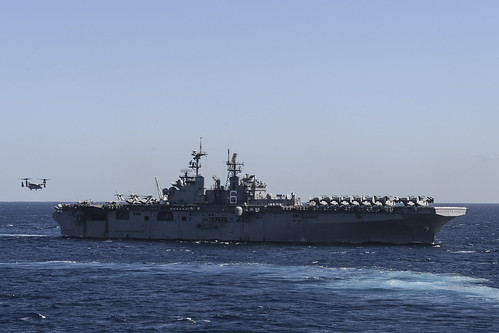 In this file photo, an MV-22 Osprey approaches the flight deck of USS Bonhomme Richard (LHD 6) during operations in the Indian Ocean last year. (U.S. Navy/MC3 Derek A. Harkins)

The upgrades were made to better serve the Sailors and Marines as they support the mission of security and peace in the Indo-Asia-Pacific.

"We are very excited to get the ship back to sea after a successful maintenance period," said Capt. Jeffrey A. Ward, commanding officer of Bonhomme Richard. "The crew has put in a lot of hard work to make sure this ship is ready to return to sea and operate with our regional partners. I am confident in our ability to carry out any mission required of us."