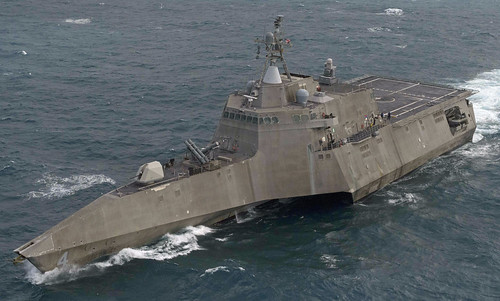 “While underway, we are conducting training across multiple mission areas, including weapons training, manned and unmanned flight operations, ship-handling and damage control drills,” said Cmdr. Scott Larson, commanding officer, USS Coronado. “Training at sea in these warfare areas maintains crew proficiency and ensures we are ready to operate successfully in a variety of missions.”

The first few days of the underway have primarily focused on flight operations, to include functional check flights, familiarization flights and training and a photo exercise.

Currently on a rotational deployment, Coronado is a fast and agile warship tailor-made to patrol the region’s littorals and work hull-to-hull with partner navies, providing 7th Fleet with the flexible capabilities it needs now and in the future.

Coronado and its combined crew of approximately 100 Sailors and embarked Helicopter Sea Combat Squadron (HSC) 23 began their deployment June 22, after departing San Diego. Prior to her arrival in Singapore, Coronado participated in the multinational Rim of the Pacific (RIMPAC) 2016 exercise, in which the ship conducted a Harpoon Block 1C missile LCS-based launch, the first of its kind. 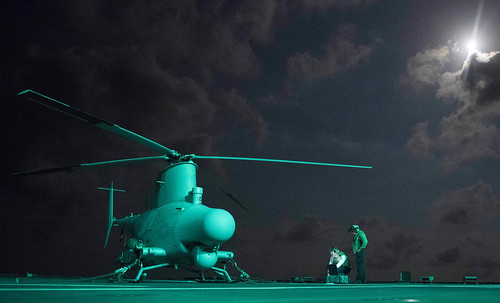