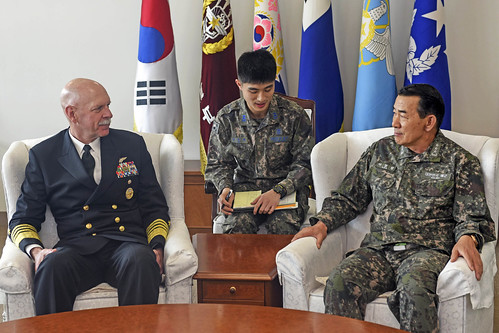 During his visit, the third since assuming command of Pacific Fleet, Swift met with senior U.S. and ROK military and civilian leaders and engaged with junior Sailors from both navies.

The first leader Swift spoke with during his visit was ROK Minister of National Defense Han Min-Koo. During their discussion, Swift assured Han that the U.S. Navy's commitment to the security and defense of the peninsula is "ironclad and unchanged."

In each meeting, Swift and his counterpart agreed on the importance of collaboration and cooperation to ensure the combined naval force remains ready to protect the ROK from unprovoked acts of aggression.

In a meeting with local reporters, Swift echoed this sentiment and emphasized that the U.S. Navy is robustly resourced and "will remain committed to the whole Indo-Asia-Pacific region."

After meeting senior leaders and junior Sailors in Seoul, Swift traveled to Busan, the new home of the U.S. Navy in Korea, where he spoke at an all-hands call for Sailors of both navies.

"This is my third trip, and with each visit I see the strength of our naval partnership through your concentrated efforts," Swift said to the large group. "Through that partnership and the results of your efforts, I know that the strength of the alliance is stronger than it has ever been."

Before concluding the all-hands call, Swift stressed his belief that the real power of the partnership is in the Sailors from both navies that work together each day.

"Regardless of how much our technologies and capabilities improve, you are the key," said Swift to the crowd of junior Sailors. "And with every generation of Sailor, our bond only gets stronger."

Master-at-Arms 3rd Class Diamond Brown, who traveled from Chinhae to listen to Swift, said it was great to hear his thoughts on the work the Sailors are doing every day.

"It was great hearing him [Swift] stress the importance of our relationship with one another and the need to continue working toward the same goal of protecting this country," Brown said. 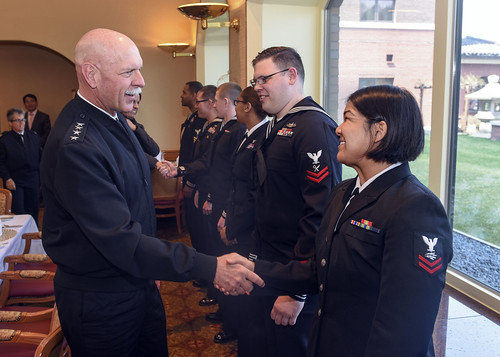 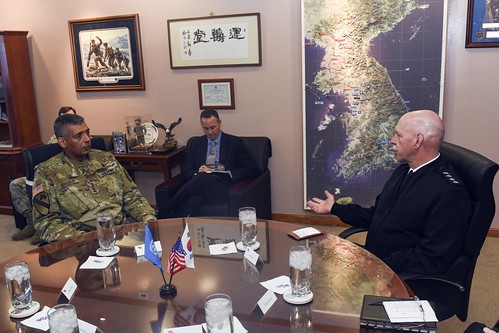 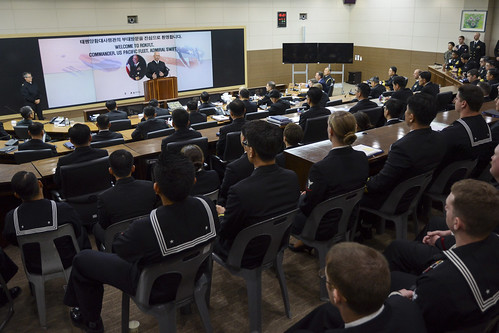 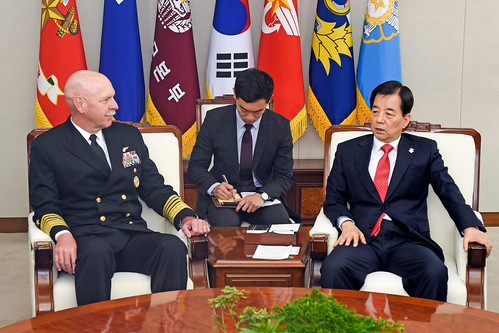