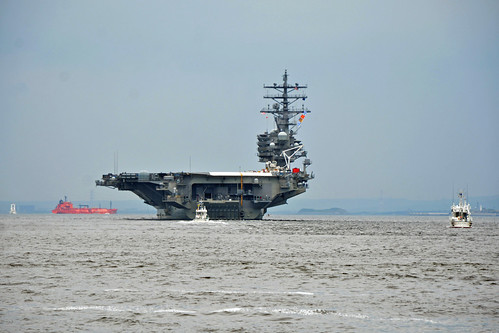 YOKOSUKA, Japan - Carrier Strike Group (CSG) 5 departed for patrol, May 16, to commence its routine operations in the Indo-Asia-Pacific region.

"Coming out of a long in-port maintenance period, we have to ensure that Ronald Reagan, CVW-5 and the remainder of the strike group are integrated properly as we move forward," said Rear Adm. Charles Williams, commander, Task Force 70. "As our ships' and our aircrafts' capabilities evolve, we have to do the same as a strike group. I look forward to sailing together as a cohesive unit, working with our allies and partners in the region, and continuing our persistent operations throughout the Indo-Asia-Pacific."

CSG 5 is forward-deployed to Japan, and routinely operates throughout the Indo-Asia-Pacific to support regional security and stability.