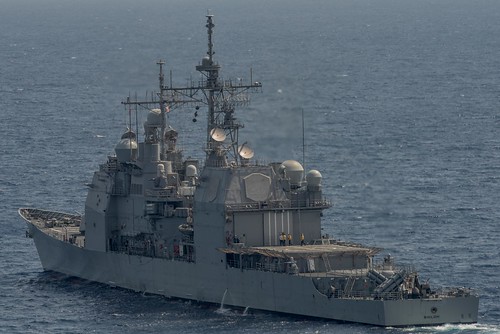 The Sailor was reported missing and assumed overboard June 8 at about 9:30 p.m. while Shiloh was conducting routine operations 180 miles east of Okinawa, Japan.

"Our thoughts and prayers are with the family, and the crew of the USS Shiloh during this difficult time,” said Vice Adm. Joseph P. Aucoin, commander, U.S. 7th Fleet. “I'm proud of the effort the crews of the Reagan Strike Group and our Japanese allies made to find our shipmate."

"The decision to suspend the search was not arrived at lightly. Our thoughts are with our lost shipmate, his family, and the officers and crew of USS Shiloh," said Rear Adm. Charles Williams, commander, Carrier Strike Group 5 and Task Force 70. "I am thankful for the dedication and professionalism shown during this search by the U.S. Navy and our Japanese allies."

The Shiloh crew plans on conducting a memorial service for their lost shipmate. The family is requesting privacy at this time.

An investigation is currently underway.