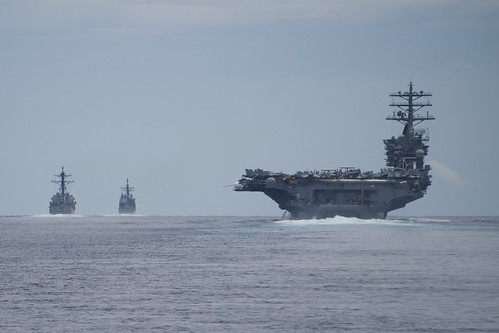 The maritime exercise Malabar, which was first held in 1992, occurs annually to improve interoperability between U.S., Indian, and Japanese maritime forces. The exercise enhances maritime relationships and demonstrates credible naval power in the Indo-Asia-Pacific region.

“The exercise continues to grow because we are bringing in more ships and we are bringing together three countries,” said Cmdr. Vernon H. Stanfield, the Nimitz Strike Group operations officer. “We make sure that we strengthen our partnerships, and we learn from the experience so that we continue to become more proficient in the future.”

The trilateral, two-phase exercise is held in Chennai and in the waters of the Bay of Bengal. The exercise emphasizes high-end warfighting skills, maritime superiority and power projection. Crews will practice surface and antisubmarine warfare maneuvers, perform medical exchanges, hold explosive ordnance disposal training, and conduct visit, board, search and seizure operations. It also provides the opportunity for the participating nations to build upon their common values and shared seafaring tradition while fostering security and stability in the region through common national goals.

“Each time we do one of these exercises it’s a learning curve on how to coordinate with other units,” said Cmdr. Bill Selk, from Phoenix, Arizona, the Nimitz operations officer. “For Malabar, we are doing the same things but now it’s just with other countries. We are learning how to integrate with the Indian navy. We do this exercise annually so that we can keep those skills honed.”

Malabar 2017 is the latest in a continuing series of exercises that has grown in scope and complexity over the years to address the variety of shared threats to maritime security in the Indo-Asia Pacific where the U.S. Navy has patrolled for more than 70 years promoting regional peace and security. Nimitz is currently on deployment in the U.S. 7th Fleet area of operations. 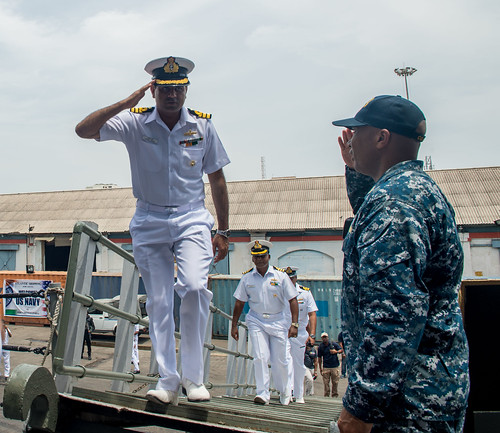