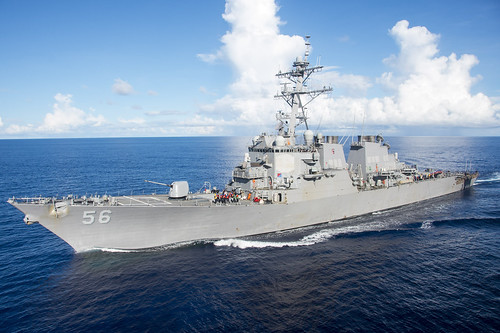 Update: Aug. 23, 8 p.m. Hawaii Standard Time - U.S. 7th Fleet announced that the remains found by the Royal Malaysian Navy are not those of a USS John S. McCain (DDG 56) Sailor. Multinational search efforts continue at sea as divers search within the ship.

While in Singapore, America will provide messing and berthing services to McCain crew members and to support damage control efforts on board. America will also support ongoing searches for 10 missing Sailors. Ship Repair Facility divers are on scene as well to assess the damage to the hull.

SINGAPORE, Aug. 20, 9:10 p.m. HST - The guided-missile destroyer USS John S. McCain (DDG 56) has arrived at Changi Naval Base following a collision with the merchant vessel Alnic MC while underway east of the Strait of Malacca and Singapore on Aug. 21 (local date).

The collision was reported at 6:24 a.m. Japan Standard Time. Significant damage to the hull resulted in flooding to nearby compartments, including crew berthing, machinery, and communications rooms. Damage control efforts by the crew halted further flooding.

There are currently 10 Sailors missing and five injured. Four of the injured were medically evacuated by a Singapore Armed Forces helicopter to a hospital in Singapore for non-life threatening injuries. The fifth injured Sailor does not require further medical attention.

Additionally, MH-60S helicopters and MV-22 Ospreys from the amphibious assault ship USS America (LHA 6) are in the area providing search and rescue assistance.

The incident will be investigated. 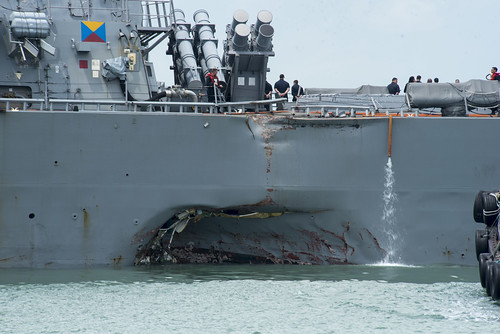 Damage to the port side is visible as USS John S. McCain (DDG 56) steers toward Changi Naval Base, Aug. 21. (U.S. Navy/MC2 Joshua Fulton) 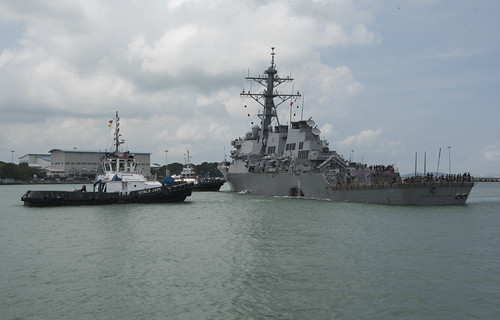 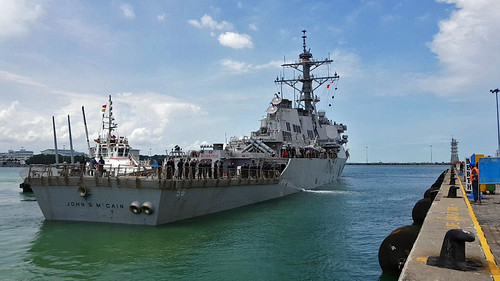