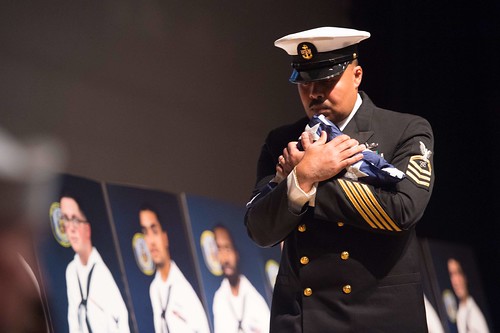 YOKOSUKA, Japan - More than 2,000 servicemembers, civilians and families lined the streets of Fleet Activities (FLEACT) Yokosuka, Oct. 4, rendering salutes and showing support for the families and crew of USS John S. McCain (DDG 56) as they caravanned to an on-base memorial for their fallen shipmates.

Sailors from the Japan Maritime Self Defense Force (JMSDF) also participated in the one-mile "Line of Honor" between FLEACT Yokosuka's Chapel of Hope and the Fleet Theater, where the memorial was held.

"The Line of Honor lets the Sailors on McCain know, just as it did for us, that the community cares,” said Chief Information Systems Technician Christopher Graham, assigned to USS Fitzgerald (DDG 62). “It lets them know that the Navy cares, we're here to help and they have all of the support that they need.”

“Words are inadequate to express the grief we feel in losing ten of our own,” said Sawyer, “We owe it to the families of the fallen Sailors to find out why this happened and to make changes so that this doesn’t happen again. There is no more pressing challenge on my mind as 7th Fleet commander than this work.”

Swift praised the strength of the McCain Sailors and assured them that the Navy community was there to offer them continued support.

“I have no doubt that your damage control efforts not only saved the ship but also saved the lives of many of your shipmates, enabling them to join us here today,” said Swift. “Know that your Navy family is committed to ensuring that you, the families and crew of John S. McCain have the resources you need to continue your healing.” 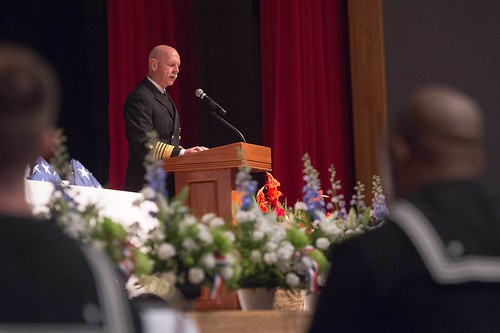 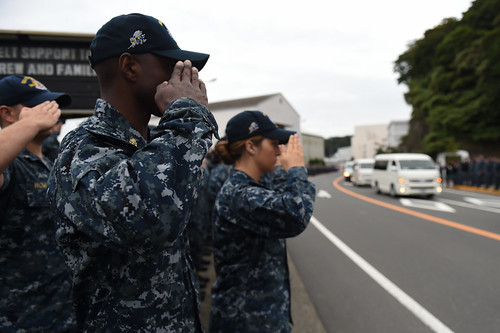 Sailors salute during a Line of Honor to show support for the families and crew of USS John S. McCain (DDG 56). (U.S. Navy/MC1 Alexandra Seeley) 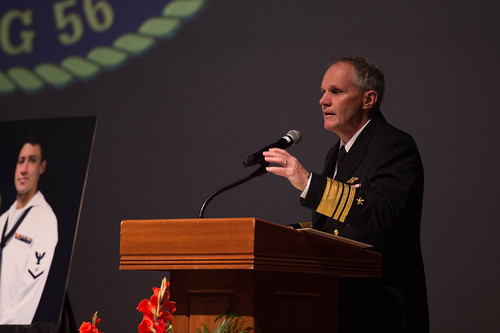 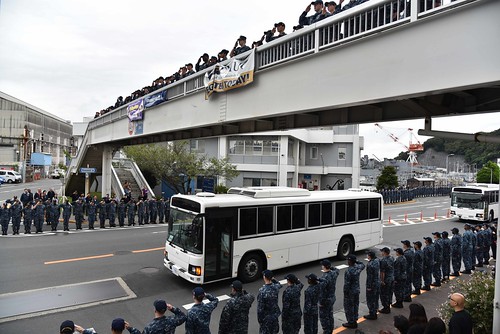 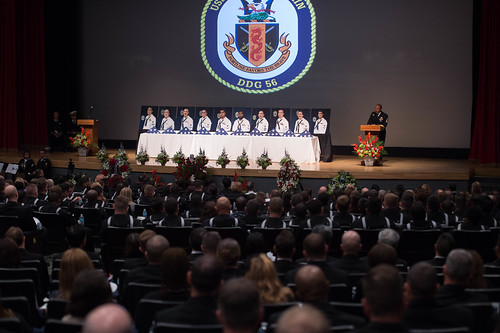