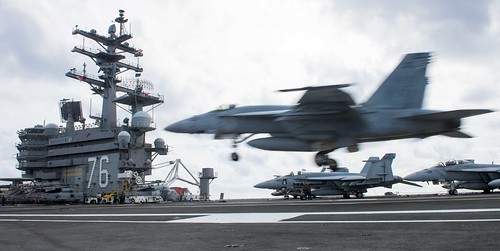 YOKOSUKA, Japan - Vessels from the U.S. Navy and the Republic of Korea (ROK) Navy are scheduled to participate in the Maritime Counter Special Operations exercise (MCSOFEX) Oct. 17-20, in the waters east or west of the Korean Peninsula to promote communications, interoperability, and partnership in the 7th Fleet area of operations.

The exercise will provide a visible and coordinated engagement for the U.S.-ROK alliance. It will also include combined joint operations and exercises with the ROK Navy, U.S. 7th Fleet, ROK Air Force, U.S. Pacific Air Forces, 7th Air Force and U.S. Eighth Army for the purpose of continuing the United States' national policy and commitment to the U.S.-ROK alliance and the region.