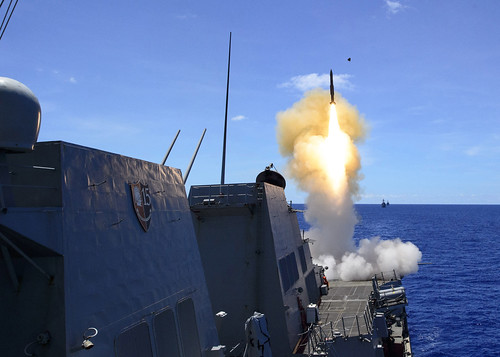 A Standard Missile (SM-2) is launched from the aft missile deck of USS Mustin (DDG 89) during the SAMEX, March 10. (U.S. Navy/MC2 William McCann)

This SAMEX builds interoperability between the U.S. Navy and the JMSDF, which strengthens the U.S.-Japan alliance.

“Antietam plays an integral role in this year’s exercises, while leading the SAMEX and adding the cruiser point of view to the normally destroyer focused Surface Action Group composition,” said Lt. Mor Rosenberg, a warfare tactics instructor embarked aboard Antietam for the duration of MultiSail 2018.

Rosenberg along with other professionals onboard provide critical support and feedback in the planning and execution process of the exercises.

In preparation for MultiSail 2018, Sailors from Antietam and the other warships also participated in Surface Warfare Advanced Tactical Training while in Guam. This training provided a foundation for future operations.

“MultiSail 2018 is a unique opportunity to improve our proficiency and also test new tactics” said, Capt. George Kessler Jr., the commanding officer of Antietam. “This exercise flexed my team across warfare areas and integrated our operations with Japanese allies. Training like this ensures we are able to ‘fight tonight’ in the Indo-Pacific region should the need arise.”

USS Antietam is forward-deployed to the U.S. 7th Fleet area of operations in support of security and stability in the Indo-Pacific region 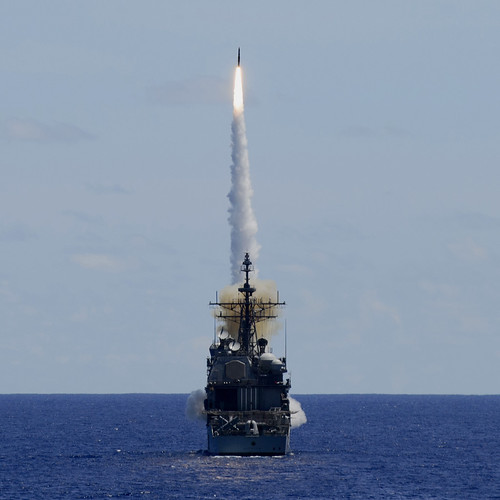