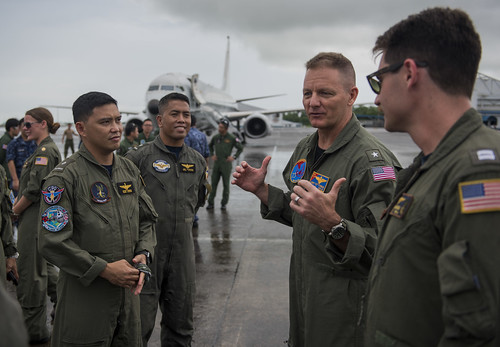 The week-long engagement involved Sailors and Marines from the U.S. and Philippine navies operating jointly in the air, on the ground, and on and under the sea. This year marks the 2nd iteration of the MTA series designed to strengthen the close partnership between the navies while cooperatively ensuring maritime security, stability and prosperity.

“MTA Sama Sama 2018 is another great demonstration of the long-standing and rapidly growing network of maritime security in Asia-Pacific. I am pleased and honored for the participant’s eagerness and interest in working together to promote maritime stability and security in our region,” said Commodore Nichols Driz, commander, Naval Forces Northern Luzon. “Everybody has made this alliance even stronger by projecting our capacity to work together in a common understanding and learn best practices from one another, hence, this is another milestone in our maritime cooperation that will surely stand when duty calls.”

"This past week challenged Sailors and Marines from both our armed forces to work together in a wide range of maritime operations that took place across Northern Luzon - in the South China Sea and in the vicinity of San Fernando City while also ranging out to conduct activities at Clark Air Base, Zambales and Manila," said Rear. Adm. Joey Tynch, commander, Task Force 73. "As a unified force, we demonstrated our ability to respond to any crises together as a capable and ready team. The tremendous work by both navies during this year's engagement truly reflected the spirit and energy of MTA Sama Sama - meaning together, jointly - and that's the teamwork approach we must pursue for effective maritime security."

A P-8 Poseidon maritime surveillance aircraft supported a photo exercise (PHOTOEX) and orientation flights with Philippine Navy sailors to allow opportunities to share knowledge and experiences while operating the aircraft.

“While weather proved to be a challenge this year, what we were able to accomplish throughout MTA Sama Sama 2018 confirmed the commitment and cooperative spirit between our two militaries that has been cultivated over decades of working side-by-side,” said Capt. Lex Walker, commodore, Destroyer Squadron 7. “We were able to safely operate together from a position of trust, which allowed us to advance cooperative knowledge and skills in the maritime domain.” 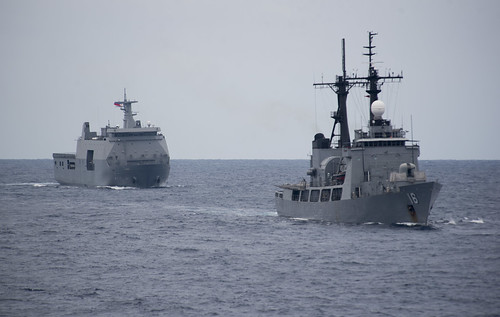