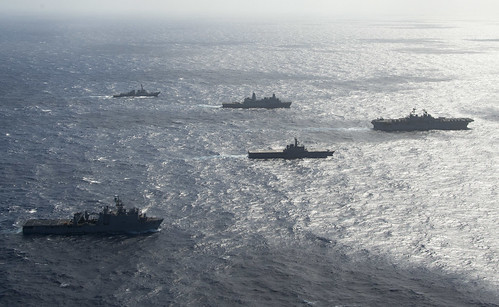 "We proved earlier this year the success of operating side-by-side with the Kaijō Jieitai [Japanese Maritime Self-Defense Force] and continue that success with the Osumi,” said Cooper referencing combined navigational maneuvers with amphibious transport dock JS Shimokita (LST 4002) in April.

“Today, we continue to strengthen our relationship and work together as one team with the goal of enhancing our combined amphibious capabilities,” Cooper said.

For the Sailors aboard participating ships, it was also their chance to improve their skills with their Japanese counterparts sailing alongside.

“Being in this part of the world it’s imperative to train with our allies in order to be as efficient as possible and become better overall. We are setting the standard and everyone is seeing what we do out here and how we do it right,” said Operations Specialist 2nd Class Austin Reid, from Springfield, Mo, who supported the PASSEX aboard the Ashland.

"Communication is key when operating in close quarters. It was a pleasure maneuvering and navigating within a few hundred yards of JMSDF Osumi,” said Lt.j.g. Davis Chandlert, USS Green Bay’s officer of the deck during the PASSEX.

The Wasp ARG is currently operating in the region to enhance interoperability with partners and serve as a ready-response force for any type of contingency. 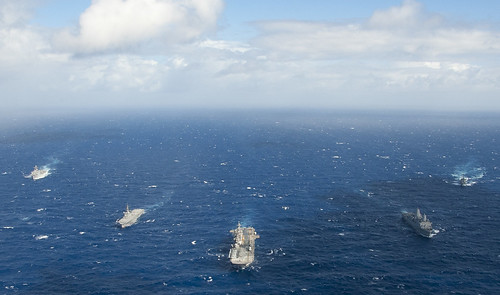