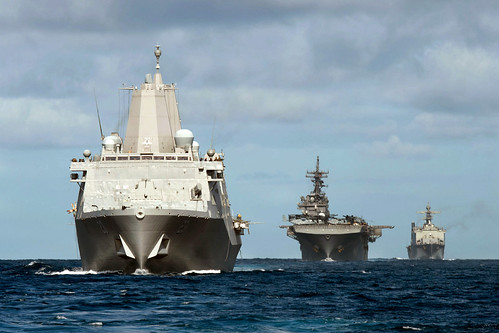 SAN DIEGO - Sailors and Marines of the Essex (LHD 2) Amphibious Ready Group (ARG) returned to their homeport of San Diego, following a successful deployment to the Indo-Pacific, Middle East, Mediterranean, and Horn of Africa regions, March 1.

“This deployment was a great example of dynamic force employment,” said Capt. Gerald Olin, commander, Amphibious Squadron (PHIBRON) 1. “We were successful on our deployment because we operated the way we trained. Our team was manned, trained and equipped successfully so that we were able to meet mission requirements in every fleet.”

During the ARG/MEU’s deployment, the ships conducted subject matter exchanges and important theater security cooperation exercises with regional partners in 5th, 6th and 7th fleets as well as participated in military operations.

“Our dynamic Blue-Green team performed admirably and their accomplishments speak wonders to the resolve, resiliency and incredible sacrifice the Sailors, Marines, and their families made to make this a successful deployment,” said Olin. “I am proud to have been part of this deployment with this team, and after such a successful deployment, I know our Sailors and Marines, as well as their friends and families, are excited to be home.”

The end of this deployment is uniquely significant, as it was the inaugural combat deployment of the Marine Corps F-35B Lightning II.

“The Essex was embarked with the next generation of air assets,” said Olin. “The full integration of the Marine Corps F-35B Lightning II drastically enhanced the ARG/MEU lethality and proved to be a credible strike and defense capability. The MV-22 provided the range and cargo capacity to maintain critical logistical lines of effort to maintain continued support of operations. This Essex deployment perfectly demonstrated the promising future of aviation for the ARG/MEU teams.”

Throughout deployment, the ARG/MEU participated in a variety of exercises with multi-national partners throughout the Indo-Pacific, Mediterranean, and Middle East regions, which strengthened partnerships and increased combat readiness, amphibious and crisis-response capabilities, and communication between U.S. and partner nation forces. In the western Pacific, sailors and Marines worked with militaries during bilateral Cooperation Afloat Readiness and Training exercises with Malaysia and Indonesia. Simultaneously, sailors and Marines of the Anchorage worked with the military of Sri Lanka to bolster regional partnerships. In the Middle East, the team participated in exercises with a variety of partners during bilateral engagements such as Eastern Maverick 19 with Qatar and the Theater Amphibious Combat Rehearsal, which was conducted in Djibouti.

"Our Sailors and Marines did an absolutely fantastic job this deployment," said Capt. Brian Mutty, commanding officer of Essex. "It was impressive to watch the Navy/Marine Corps teams execute every mission we were tasked with. During Theater Amphibious Combat Rehearsal and Eastern Maverick, the coordination between the Navy-Marine Corps team effectively projected power from the sea and ashore. Furthermore, the ship provided direct combat support for Operations Inherent Resolve and Freedom’s Sentinel."

As Rushmore and Essex conducted operations in the Middle East, Anchorage represented the ARG/MEU team as they operated in the Mediterranean Sea. The steadfast and formidable presence of Anchorage and the 13th MEU decisively advanced stability and security objectives in the region.

"Our ARG/MEU team operated across two geographic combatant commands simultaneously supporting multiple operations, exercises and subject matter expert exchanges," said Capt. Dennis Jacko, commanding officer of Anchorage. "The inherent flexibility of the ARG/MEU is what makes our team so valuable to theater commanders, and the robust capability of the LPD 17 Class to execute independent operations provides a force multiplier in every ARG."

Sailors and Marines of the ARG/MEU had the opportunity to visit several foreign ports during the duration of the deployment. Through these port visits, the crews were able to immerse themselves in diverse cultures and allow the local populace to interact with them in various activities such as tours and community relations projects. The ships visited ports in Singapore, Malaysia, Indonesia, Sri Lanka, Bahrain, Qatar, Oman, Italy, Spain, Thailand, India, and United Arab Emirates. The ARG/MEU also conducted 11 community relation projects in 6 countries with over 230 sailors and Marines participating. 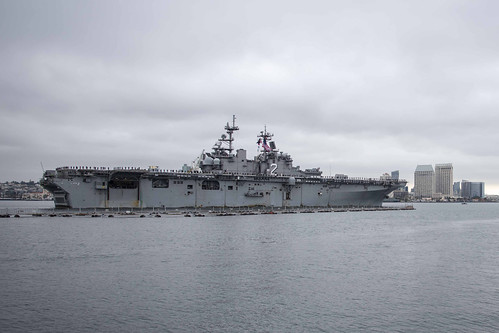 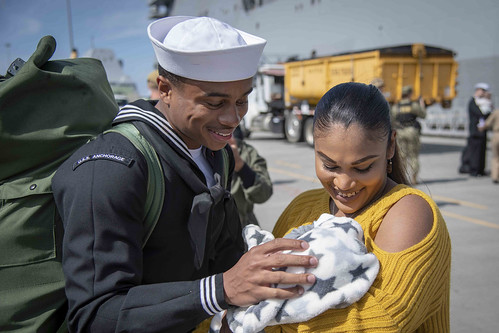 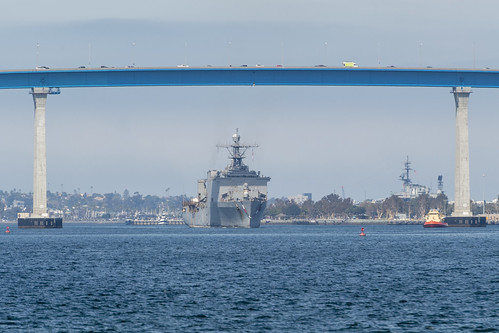 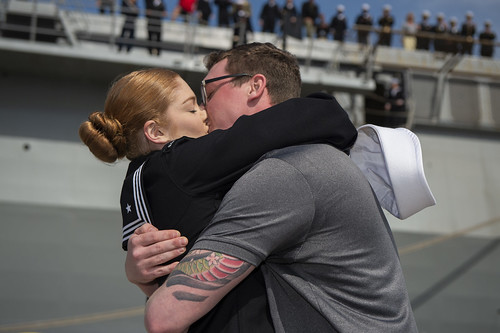 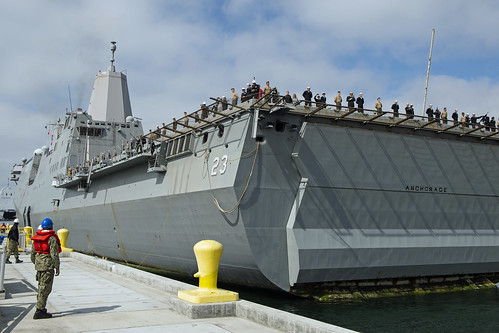