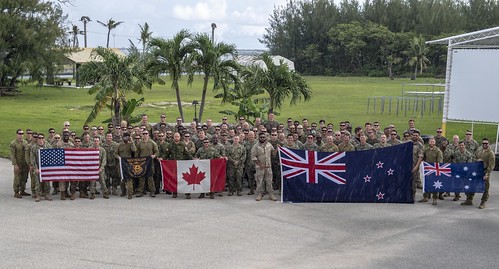 Hydracrab participants pause for a photo together as the exercise came to a close. (U.S. Navy/MC2 Kelsey L. Adams)

Hydracrab was a first-of-its-kind quadrilateral exercise with key partner nations, which began Aug. 19 and spanned two weeks. The exercise aimed to prepare allied explosive ordnance disposal (EOD) forces to operate as an integrated, capable force in the changing and complex maritime Indo-Pacific region.

“During the inaugural EOD Hydracrab exercise, our teams took on an incredible compilation of highly-realistic unit level drills, and several tactics exchanges,” said Cmdr. Andrew Cook, EOD Mobile Unit 5 commanding officer. “The quality of the exercise was thanks to the diligent work by the unit planners, who began shaping this event over a year ago. We are looking forward to building on this success."

Environmental stewardship also played a role in the planning and execution of the exercise, by employing many protective measures to safeguard marine resources. Additionally, during the planning stage of the exercise, it was put in place that all training activity would cease if marine mammals or other significant marine life was seen in the area.

According to Lt. Michael Hutchesson, the Australian Clearance Diving Team One operations officer, he believed that being able to observe operators from each of the other allied nations as they moved through different training evolutions was one of the keys to the successful execution of the Hydracrab 2019.

“My favorite part of the exercise was engaging with all the partner nations EOD technicians and learning how they operate,” said Lt. Michael Hutchesson, the Australian Clearance Diving Team One operations officer. “Building that capacity to work together and learning how everyone else operates is extremely important to us. EOD Mobile Unit 5 has done a great job leading this exercise. They made it very easy for us to get around and get the most out of the exercise.” 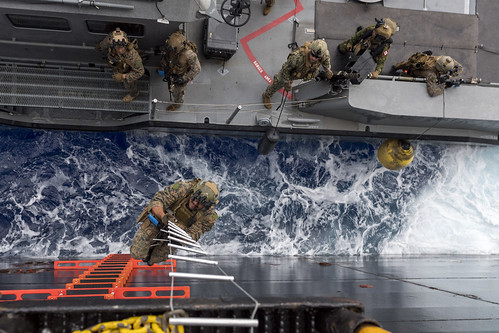 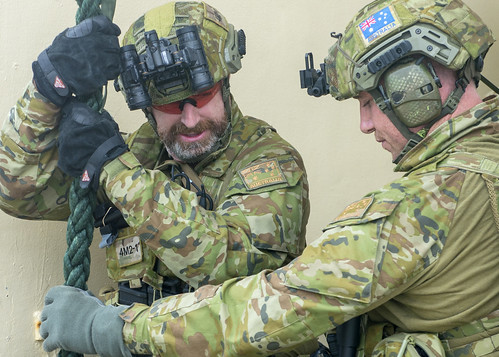 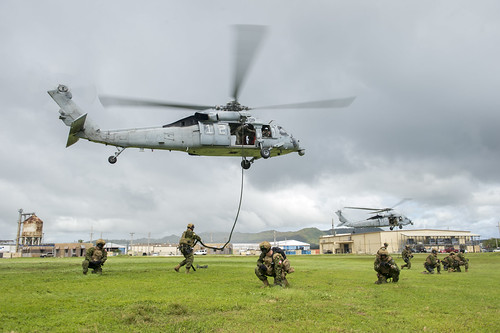