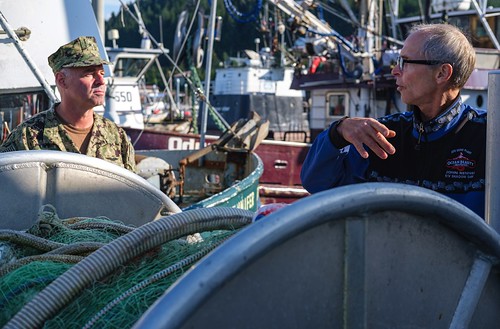 The U.S. Pacific Fleet Band "Harbor Brass" quintet joined Gray while in Cordova to perform for the community.

"It really is an honor to serve in the military and serve great folks like you," Gray remarked to attendees of the band's Cordova Center performance Sept. 13. "And thanks to Cordova and Alaska for your support of our armed forces."

Approximately 3,000 U.S. Navy and Marine Corps personnel are participating in Arctic Expeditionary Capabilities Exercise (AECE) 2019 in areas of the Aleutian Islands and Southcentral Alaska from Sept. 1-28.

"Alaska is a strategic location and Navy exercises and operations here are essential to the nation's commitment to maintaining a stable, free and open region, particularly as we look to the Arctic," said Gray, whose 11-state Navy region includes Alaska. "We appreciate all the Alaskan communities and their residents for their continued support of joint military training."

Gray met with Cordova Mayor, leaders of the Native Village of Eyak, and leaders of the Cordova District of Fishermen United. Among other topics, discussions included the outcomes and limited effects of recent Navy exercises in the Gulf of Alaska, as well as Cordova's broader historic and developing environmental impacts to fisheries and the fishing industry as a staple of the community's socioeconomic well-being.

Navy Band members performed to more than 200 students at the Cordova Junior/Senior High School and the Mt. Eccles Elementary School and participated in clinics with music students.

AECE is one in a series of U.S. Indo-Pacific Command exercises in 2019 that prepares joint forces to respond to crises in the Indo-Pacific. AECE will specifically test joint expeditionary force logistical transfer capabilities in the Arctic environment, including wet logistics over the shore, expeditionary mine countermeasures, and mobile diving and salvage.

Navy and Marine Corps participants will conduct operational and tactical actions to validate the Littoral Operations in a Contested Environment (LOCE) and the Expeditionary Advanced Base Operations (EABO) concepts.

"This exercise provides training to ensure our forces are interoperable and deployable on short notice," Gray said. "AECE will continue to improve our ability to plan, communicate and conduct complex amphibious and expeditionary combat support operations globally. These are some of the same skills that would be critical to humanitarian assistance and disaster relief operations." 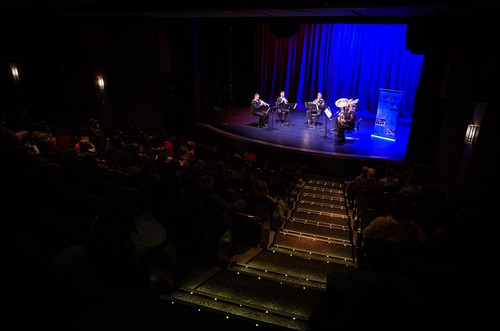