From CNO and MCPON Public Affairs 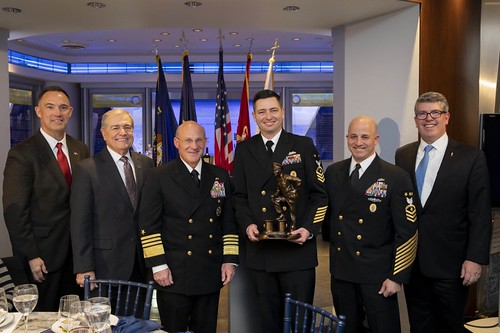 “He is a leader who clearly empowers Sailors and trusts Chiefs to take the right risks in improving command effectiveness,” U.S. Pacific Fleet Master Chief Jim Honea said of Lashley, who is assigned to Japan-based USS Benfold (DDG 65), when his selection was announced in September. “He has strong character and the unquestionable drive for the excellence needed to push a high performing command even further.”

This year’s award ceremony was the first to include a dinner, and culminated with a ribbon-cutting ceremony to unveil the new Delbert D. Black Leadership Award exhibit inside the U.S. Navy Memorial.

“There truly is no finer example of MCPON Black’s spirit of initiative and whole-hearted devotion to our Sailors than Command Master Chief Lashley,” said Gilday. “MCPON Black would be proud of you, as we all are, and it’s my privilege to present an award named for him to a deck plate leader like you.”

The award is named for Master Chief Petty Officer Delbert D. Black, the Navy’s first MCPON. Black was selected for the position in January 1967. Over the course of his 30-year career, he earned a reputation as a deck plate leader and championed Sailor issues, including a focus on family advocacy.

Smith said that Black’s selfless nature, humility, and can-do spirit created a better experience for all Sailors and continues to inspire our Navy today.

The Navy created the award in 2013, which is presented each year to one outstanding Command Master Chief, Command Senior Chief, or Chief of the Boat to recognize their performance in leading Sailors and upholding the highest standards of professionalism and integrity. 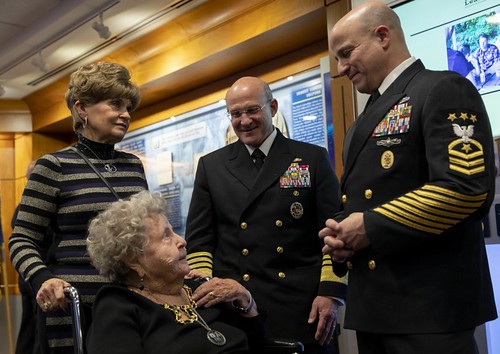 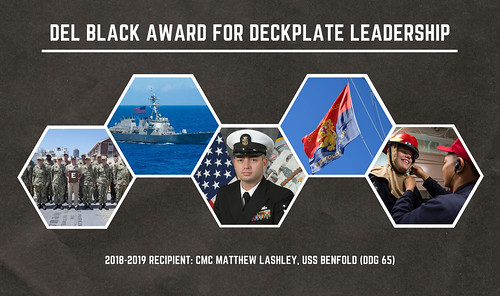