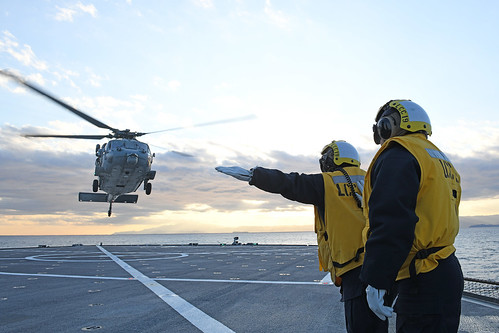 PHILIPPINE SEA - Five aircrew were rescued after their MH-60S helicopter went down in the Philippine Sea, Jan. 25. Three were transported by a Japanese helicopter to Naval Hospital Okinawa for evaluation.