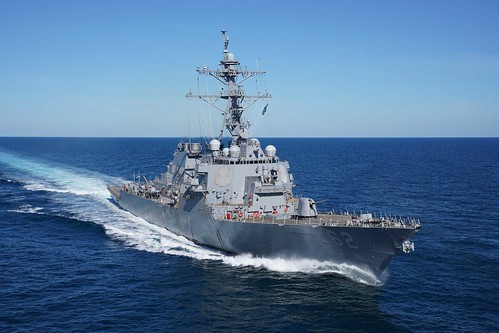 The ship departed Huntington Ingalls Industries-Ingalls Shipbuilding's Pascagoula shipyard, Feb. 3, to conduct a series of demonstrations to evaluate that the ship's onboard systems meet or exceed Navy performance specifications. Among the systems that will be tested are navigation, damage control, mechanical and electrical systems, combat systems, communications, and propulsion.

The underway reflects nearly two years' worth of effort in restoring and modernizing one of the Navy's most capable warships after it was damaged during a collision in 2017 that claimed the lives of seven Sailors.

"Since we launched the ship this past April our efforts have focused on restoring ship systems, conducting pier side tests and readying the ship for sea," said Rear Adm. Tom Anderson, NAVSEA's director of surface ship maintenance and modernization and commander, Navy Regional Maintenance Center. "The government and industry team has been working hand-in-hand on this exceptionally complex effort, with a common purpose of returning Fitzgerald to sea and ultimately back to the fleet."

Upon Fitzgerald's return to the shipyard, crew training and certifications will commence as final work items are completed in support of the ship's sail away later this spring. "We are excited to take the next step to get Fitzgerald back out to sea where the ship belongs. My crew is looking forward to moving onboard the ship and continuing our training to ensure we are ready to return to the fleet," said Cmdr. Scott Wilbur, Fitzgerald's commanding officer.

After receiving its full complement of basic and advanced phased training, as well as crew and ship certifications, the USS Fitzgerald will return to the Fleet mission-ready with the improved capability and lethality required to successfully support high-end operations. 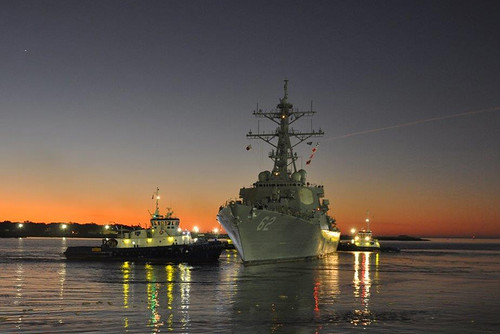