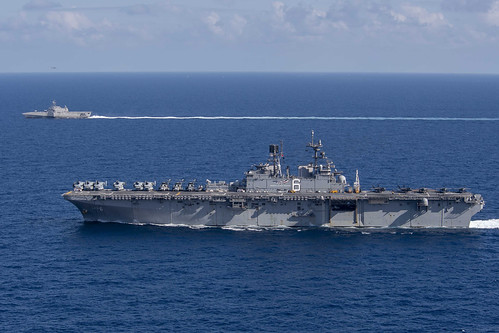 The two warships operated together exercising command and control and executing tactical maneuvers. This is the first time the two ships have worked together.

“Integrating Gabrielle Giffords into the America Expeditionary Strike Group for this underway period adds to one of the ESG's greatest strengths - our versatility,” said Rear Adm. Fred Kacher, commander, ESG 7. “By combining America's lethality provided by the Navy-Marine Corps Team with the speed and maneuverability of a littoral combat ship, we're forging new ways to operate together in one of the most important regions in the world.”

America, with the embarked 31st Marine Expeditionary Unit (MEU) and Marine Medium Tiltrotor Squadron (VMM) 265 (Reinforced) is conducting operations in the South China Sea after completing Exercise Cobra Gold in the Kingdom of Thailand, March 7. Gabrielle Giffords is on rotational deployment in the U.S. Indo-Pacific Command.

America, flagship of the America Expeditionary strike Group 31st Marine Expeditionary Unit team, is operating in the U.S. 7th Fleet area of operations to enhance interoperability with allies and partners and serve as a ready response force to defend peace and stability in the Indo-Pacific region. 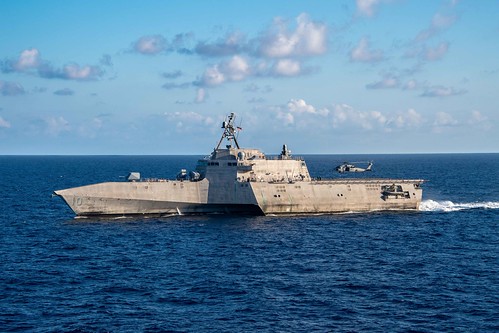