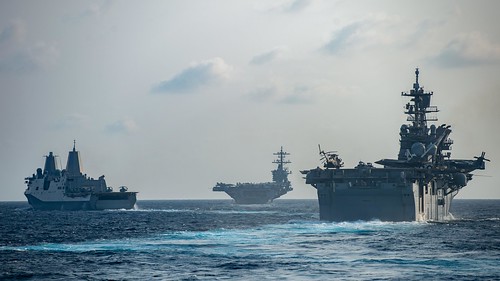 The training, the second that the two strike groups have conducted since February, put the full spectrum of the Navy-Marine Corps team on display, demonstrating their ability to effectively plan and conduct operations across the broad, dynamic spectrum of naval disciplines.

"Any opportunity to combine the power of the CSG and ESG is extremely valuable," said Lt. Cmdr. Marek Jestrab, operations officer aboard Bunker Hill. "The training enhances our readiness as a combined team and allows us to prove our proficiencies across all the maritime warfare areas."

Expeditionary strike force training tests the abilities of the participating ships, aircraft and personnel, allowing them to hone their maritime skills in a complex environment. Consistent and continuous training allows the U.S. 7th Fleet to maintain its readiness to accomplish a diverse subset of mission across the operational battle space.

"This is a great opportunity for our two strike forces and for the junior officers who are looking at new and innovative ways to push the envelope in order to create an even more effective combined force,” said Sellerberg. “It's really impressive and satisfying to watch them come up with ideas, implement them, and learn from what they are experiencing."

The training, conducted while both strike groups were in the South China Sea, included basic flight maneuvers, air defense, surface-support mission exercises and various other integrated and unit-level scenarios. One of those was a visit, board, search, and seizure (VBSS) exercise aboard Bunker Hill by U.S. Marines from the 31st MEU.

"It was a great opportunity to be able to perform VBSS on a different platform," said Gunnery Sgt. Jaime Orozco, one of the VBSS team members. “Overall it went very well and I know my guys got some valuable experience.”

The Theodore Roosevelt CSG and America ESG are forward-deployed to the U.S. 7th Fleet area of operations in support of security and stability in the Indo-Pacific region. U.S. 7th Fleet is the largest numbered fleet in the world, and with the help of 35 other maritime-nation allies and partners, the U.S. Navy has operated in the Indo-Pacific region for more than 75 years, providing credible, ready forces to help preserve peace and prevent conflict. 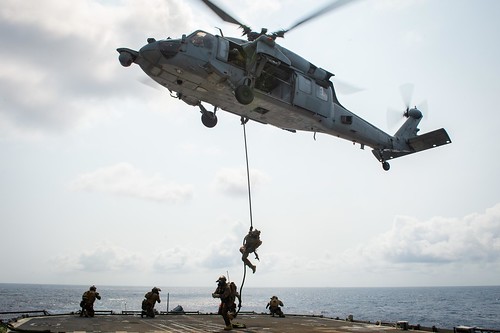 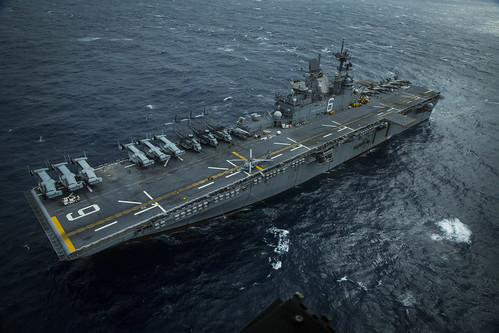 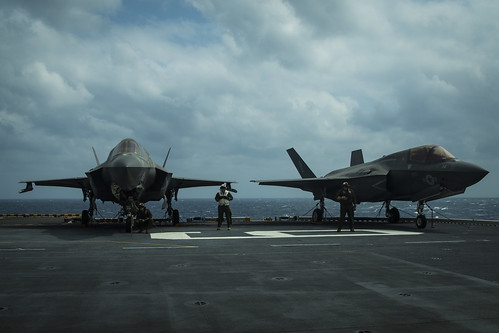 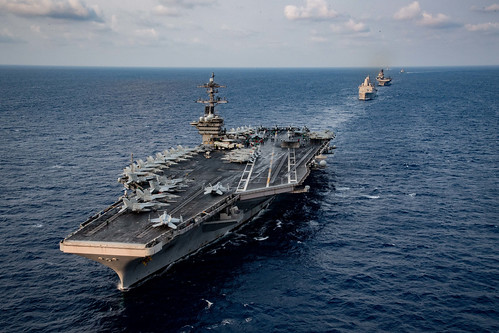