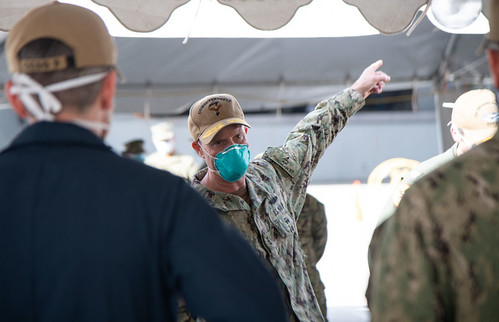 Vice Adm. Bill Merz, commander, U.S. 7th Fleet arrived on Guam to support the ongoing recovery effort on the Nimitz-class carrier, and he met with the crew and area leadership.

“The team in Guam has shown enormous spirit and focus getting this ship healthy again. Know that every day, regardless of what the challenge may be, my number one priority is to sustain the warfighting posture of 7th Fleet, and the most important element of this number one priority is the Sailors,” said Merz. “We simply cannot execute the mission of defending our interests, our friends, and our allies without the fighting spirit of the immensely capable men and women of this team. It takes a lot of cooperation and coordination, and although we have a lot of work to do I want to make sure those involved are getting our support and gratitude. The families of our Sailors should be proud of the ongoing efforts and know that we’re going to take care of our people.”

The ship arrived in Guam, March 27, for a scheduled port visit. Prior to the port visit three Sailors tested positive for COVID-19 aboard USS Theodore Roosevelt. The Navy has undertaken an aggressive mitigation plan that is currently isolating, quarantining, and treating affected Sailors to keep the ship prepared to execute its mission.

The Navy is working closely with the Government of Guam and Joint Region Marianas to follow U.S. Centers for Disease Control (CDC) guidelines to move Sailors safely off ship while continuing to maintain the vessel’s readiness to operate at sea.

"Theodore Roosevelt Strike Group is extremely thankful for the overwhelming support from the government of Guam and Naval Base Guam in the fight against COVID-19," said Rear Adm. Stu Baker, commander, Carrier Strike Group Nine. "Even with such short notice, they were able to assist getting our Sailors moved off ship in a short period of time. Their support has been critical to our ability to remain mission ready.”

Sailors from Theodore Roosevelt will be using various hotels across the island, allowing them to align with the recommended 14-day quarantine period while also maintaining an all hands effort aboard to sanitize the ship. The all hands effort though does not rest solely with the Roosevelt, but with all who are helping its Sailors get well and back to sea.

"The Joint Region Marianas and Naval Base Guam teams have moved mountains to help our TR shipmates get healthy and back out to sea," said Rear Adm. John Menoni, commander, Joint Region Marianas. "I can't say enough how proud I am of everyone's hard work during this very dynamic situation. Our partners in the Government and the people of Guam have helped us from day one and we are thankful for their assistance helping the TR Team be ready to fight.” 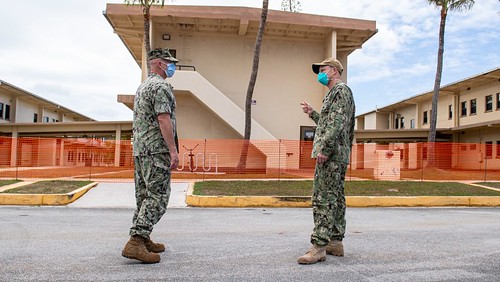 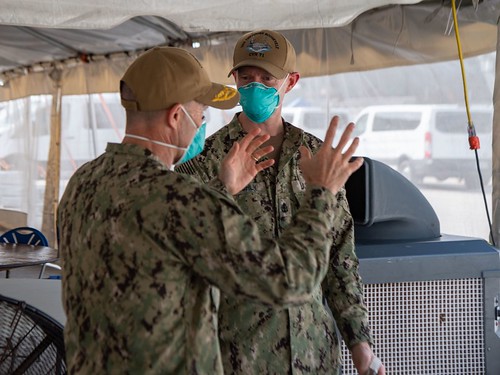 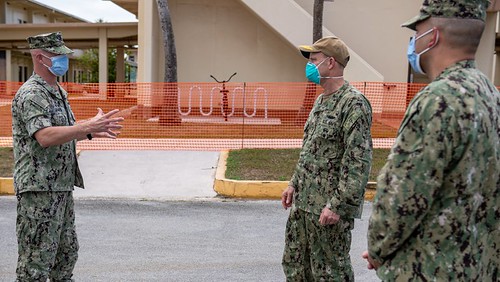 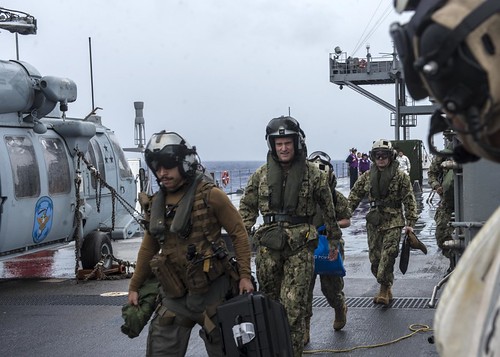