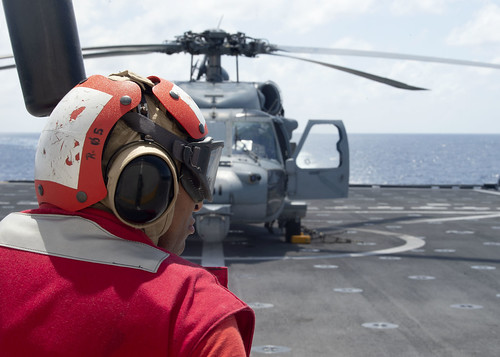 SOUTH CHINA SEA - “It’s literally a place where everybody knows your name,” said Engineman 2nd Class Eric A. Torres, assigned to the Independence-variant littoral combat ship USS Gabrielle Giffords (LCS 10). “Working on a littoral combat ship is similar to working with family; we all become so close that we see each other as brothers and sisters, instead of co-workers.”

Manning aboard an LCS consists of a crew of 70 Sailors. Each ship has an assigned Blue crew and Gold crew, and these two crews rotate on- and off-hull in increments that can range from four to six months while deployed.

“Everyone is highly skilled aboard an LCS,” said Chief Quartermaster Jarrod Collins, also serving aboard Gabrielle Giffords. “We get put through a rigorous training cycle before getting assigned to an LCS command, and that training ensures when Sailors get to the command, they can hit the ground running.”

The LCS training pipeline for each Sailor lasts between three and 18 months. This training guarantees Sailors understand every detail of their job requirements on this newer class of ship.

“Versatility is the key to being successful aboard an LCS,” said Collins. “Everyone on the ship, from the most senior to most junior Sailor, pitches in daily to pick up the extra slack to make every day aboard run smoothly.”

Unlike their larger-deck counterparts, minimal manning aboard an LCS requires Sailors to facilitate multiple collateral duty responsibilities for the command.

Sailors, especially senior, sometimes have two or three collateral duties, said Collins. “One minute I could be handling my primary duties. and the next I am being pulled into engineering or deck to help out because they need more bodies to perform a task. Once again, that’s where being flexible and versatile is key aboard an LCS.”

“Working on an LCS definitely challenges you day in and day out,” said Torres. “We have to be mission-ready at all times, which makes communication up and down the chain of command that much more important, ensuring everyone is always on the same page.”

Although working aboard an LCS can be challenging, it encourages Sailors to reach beyond their normal scope of responsibility, enabling them to become more adept at handling a wider array of tasking aboard the ship and throughout their careers.

Attached to Destroyer Squadron (DESRON) 7, Gabrielle Giffords is on her rotational deployment to the U.S. 7th Fleet area of operations in support of security and stability in the Indo-Pacific. 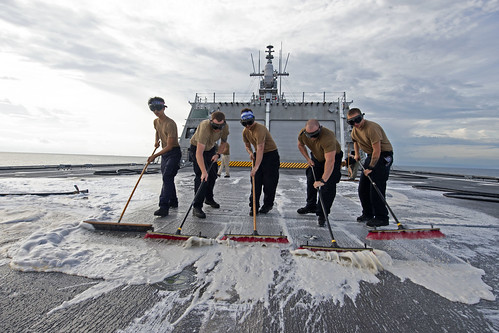 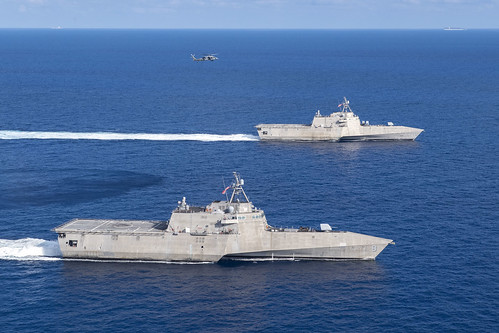