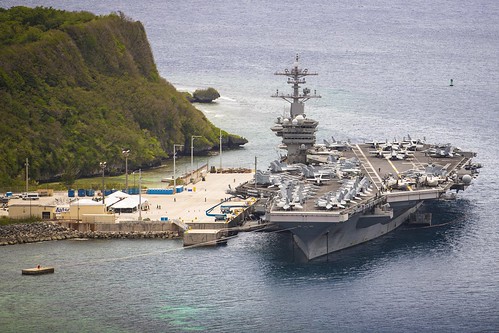 NAVAL BASE GUAM - Sailors aboard USS Theodore Roosevelt (CVN 71) are simulating being at sea while moored at Naval Base Guam. During the simulation, or “fast cruise,” the crew will simulate normal underway conditions while testing the critical systems required to sustain the ship during its upcoming underway operations.

“Fast cruise is a major milestone for the ship and for the crew,” said Capt. Carlos Sardiello, commanding officer of Theodore Roosevelt. “Our Sailors have tested all of the ship’s systems individually, but this is our opportunity to integrate all of that together and show that Theodore Roosevelt is ready and able to go back to sea.”

The ship has been conducting a crew swap since April 29, rotating Sailors back on board who have completed quarantine and isolation and have received two negative COVID-19 tests. Following the recent Navy announcement that more than 2,900 Sailors have returned, the ship is one step closer to recommencing its scheduled deployment to the Indo-Pacific.

“We passed a rigorous certification process before deployment, validating the crew’s ability to safely navigate, launch and recover aircraft and respond to on-board emergencies,” said Lt. Cmdr. DeCrisha Nolan, Theodore Roosevelt’s training officer. “We are applying that same standard to fast cruise to ensure that we can complete any mission the Navy asks of us.”

In addition to testing the ship’s systems, Theodore Roosevelt’s crew will also be implementing new measures to protect the crew from possible exposure to the novel coronavirus. The crew has spent the past month and a half adjusting to their normal work routine while wearing masks and maintaining social distance.

Following a successful fast cruise, the ship will commence underway training and carrier qualifications to support the air wing’s return to operational readiness. During the underway, the ship will leave Sailors ashore that are not required for these evolutions. This will enable the ship to conduct training at sea while personnel left in Guam can support the recovery of the rest of the crew who remain in quarantine or isolation. During this transition, the ship will enforce strict cleaning protocols and maintain social distancing as part of the phased approach to returning the ship to operations.

“We are setting the normal underway watches and running through various navigation scenarios so that the bridge watch teams can learn how to effectively communicate with one another while still protecting themselves and each other.”

After safely completing fast cruise, Theodore Roosevelt and its crew will be one step closer to going to sea to conduct carrier qualification flights for Carrier Air Wing 11. The remainder of the crew will return to the ship following the air wing integration.

Theodore Roosevelt is America’s fourth Nimitz-class aircraft carrier with a crew of nearly 5,000 Sailors who support and conduct air operations at sea. Theodore Roosevelt departed San Diego for a scheduled Indo-Pacific deployment January 17 and is in Guam preparing to return to sea. 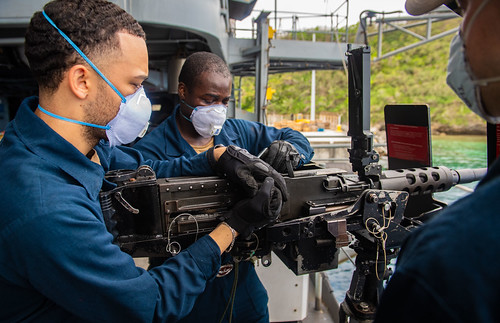 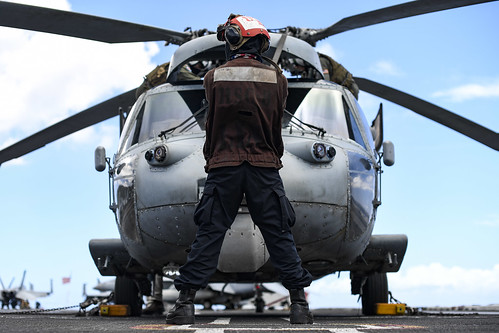 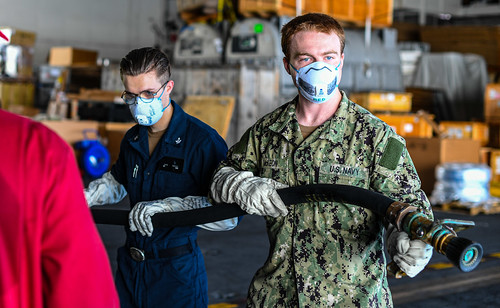