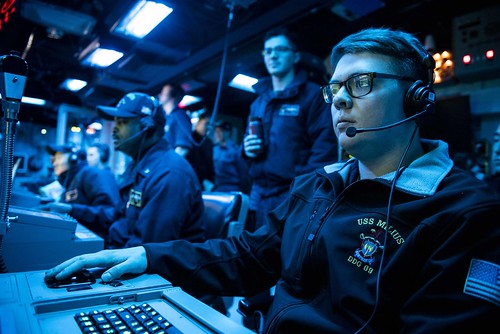 SAN DIEGO - Commander, Naval Surface Forces has announced that the Arleigh Burke-class guided-missile destroyer USS Milius (DDG 69) was selected as winner of the 2019 Bloodhound Award for the Pacific Fleet.

The Bloodhound Award is presented to one Pacific Fleet and one Atlantic Fleet ship annually for exceptional performance in the area of anti-submarine warfare (ASW) proficiency, preparedness, and training.

The criteria for winning this award spans the entire warfare area from the technical proficiency of Milius’ watch standers to the readiness of equipment and operators throughout the ship.

“I'm utterly humbled to receive the Bloodhound Award in 2019 after achieving runner up in 2018,” said Lt. Mark Choi, the ship’s ASW Officer. “The award is a testament to the effort my Sailors and I put forth through two years of unpredictable patrol schedules in which we partook in numerous multilateral ASW exercises as well as direct encounters with real submarines.”

Milius’ ASW team began their undersea warfare qualifications in January 2018 and were fully certified by March 2018.

As part of Forward Deployed Naval Forces in Japan, the crew operated exclusively in the 7th Fleet area of operations. They partook in numerous multinational ASW exercises that required coordination with air, surface, and undersea assets in dynamic combat scenarios. Throughout all operations, they executed procedural compliance with standing guidance from their operational commanders.

“My Sailors won this award by knowing their job inside and out,” said Chief Sonar Technician (Surface) Bobby Richey Jr. “ASW is a difficult field to be in. Most of the watches take place in classified spaces separate from other watch teams, so they don’t get much attention and recognition from the crew. Additionally, long times spent in port can negatively affect the retention of knowledge required for accurate and effective tracking. One way the team helped to mitigate this was by conducting regular training on specific acoustic attributes in 7th Fleet.”

Milius, based in Yokosuka, Japan, will fly the ASW Bloodhound pennant until next year.

Note: USS Mason (DDG 87) won the award in the Atlantic this year. 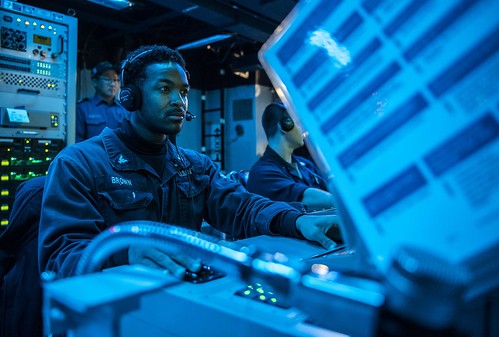