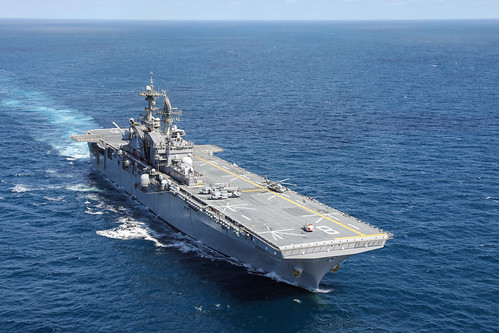 Guests at the ceremony were limited to immediate family and senior leaders serving aboard the ship due to social distancing requirements related to COVID-19.

Westphal assumed command of Makin Island in March 2019 after serving as the ship’s executive officer since 2018, and will go on to serve at the Naval Special Warfare Command.

“As one comes to the end of a tour, especially a tour as a CO, you reflect and wonder if you made a difference,” said Westphal. “Now we are standing on the flight deck of a ship that has conducted operations with the world’s premiere aircraft, the Joint Strike Fighter, we’ve passed all our certifications with flying colors, and executed a flawless mission to assist another ship and her Sailors in a time of need.”

Ulmer, who served as Makin Island’s executive officer since March 2019, was commissioned in 1996 through the Naval ROTC program at the Pennsylvania State University where he received a bachelor’s degree in Administration of Justice. He has previously served as commanding officer of USS Fort McHenry (LSD 43).

“The women and men of Makin Island have proven themselves as first rate Sailors and proud professionals,” said Ulmer. “I intend for us to continue that great tradition as we prepare for and then deploy.”

During Makin Island’s most recent at-sea period, the ship escorted USS Kidd (DDG 100) to San Diego after an outbreak of coronavirus was detected.

Makin Island, homeported in San Diego, is currently conducting routine operations and training. The Wasp-class ship is crewed by more than 1,000 Sailors and can embark more than 1,600 Marines. Makin Island’s mission is to transport and land ashore troops, materiel and supplies to support and sustain amphibious assault operations. 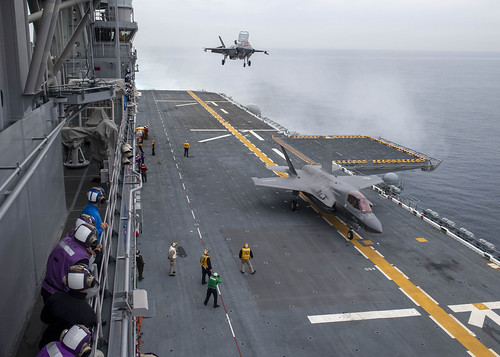 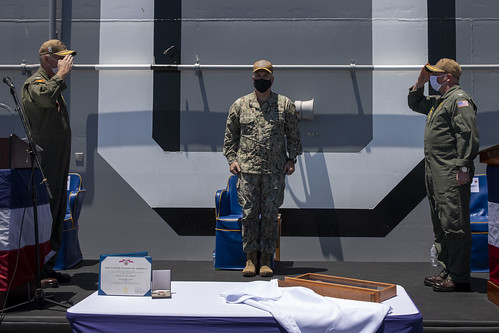