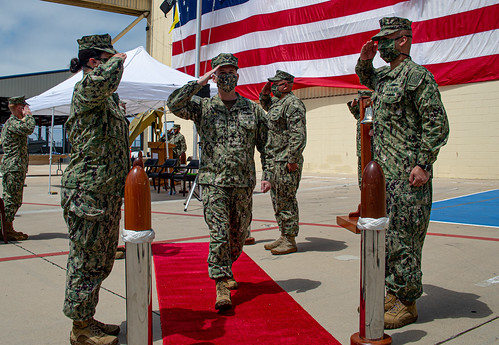 During the ceremony, Capt. Allen Adkins relieved Capt. Michael Ray as the commodore of CRG 1.

In his speech, Ray expressed gratitude to his family, mentors, and the CRG 1 civilians, Sailors and chief petty officers who have supported him throughout his tour. He said, “As a commodore, I have been entrusted to lead people who are extraordinary leaders themselves and to try to find ways to empower them or guide them to even greater heights. I was privileged to work with people who taught me infinitely more than I could have ever taught them.”

Ray, from Highland, Indiana, attended the University of Pennsylvania on a Naval Reserve Officer Training Corps (ROTC) scholarship, graduating and receiving his commission in 1995. Prior to assuming command, he served as the deputy commodore of CRG 1. He is entering retirement after 25 years of naval service.

Under Ray’s leadership, CRG 1 deployed three Coastal Riverine Squadrons to the U.S. Central Command, European Command, Pacific Command, Africa Command, and Southern Command areas of responsibility and provided forces for numerous detachment-level missions. Adkins, from Dallas, Texas, most recently served as the deputy commodore for CRG 1. He is a graduate of the United States Merchant Marine Academy at Kings Point where he received his commission in 1995.

“It is my honor to take command of CRG1,” said Adkins. “Commodore Ray has done an outstanding job of pushing this command to a place of peak readiness, and he has been a true champion for this force and made a number of changes that will have a lasting, positive effect. As he just admitted, it is always easy to make these impacts when you are supported by a great staff—something that I also recognize. Everyone at CRG 1 does their part to make the force better and has embraced the idea of teamwork—one team, one fight.”

Command Master Chief Nicole Rios provided the keynote remarks. “Our success has a great deal to do with Commodore Ray’s leadership style and charismatic personality,” said Rios. “You set high standards and pushed the staff hard, but no more than what you knew we were capable of. You have modeled the example for us to follow. Thank you for genuinely caring about our people, for focusing your efforts on necessary change, for allowing us the space to make mistakes and learn from them.”

Rear Adm. Brian Brakke, commander, Navy Expeditionary Combat Command, virtually attended the ceremony and presented Ray with his award. He said, “I believe that one of the greatest hallmarks of effective leadership is to leave the organization better than you found it, and without a doubt, Mike has done that. Because of your leadership, this command is able to continue its growth as a global Navy force multiplier and vital asset to combatant commanders around the world.”

The Coastal Riverine Force (CRF) operates in harbors, rivers, bays, across the littorals and ashore. The primary mission of CRF is to conduct maritime security operations across all phases of military operations by defending high value assets, critical maritime infrastructure, ports and harbors both inland and on coastal waterways against enemies and when commanded conduct offensive combat operations. 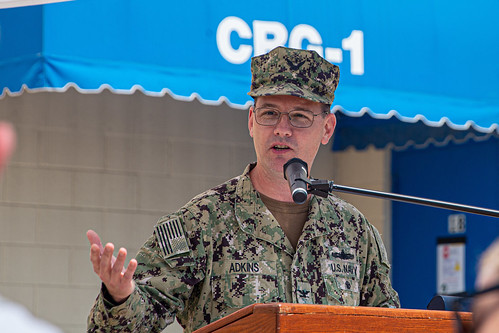 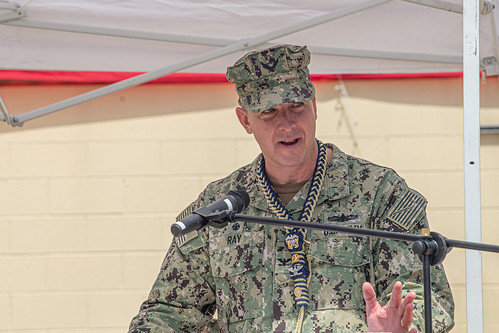