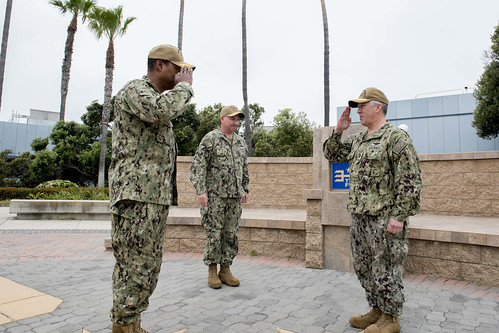 “Rear Adm. Holsey guided CSG 1 through multiple challenging events and milestones,” said Conn. “Each was a success and a testament to his leadership."

In addition, under Holsey’s guidance, Carrier Air Wing (CVW) 2 began to transition to become the “Air Wing of the Future” with will include F-35C Lightning II, E-2D Advanced Hawkeye and the CMV-22B Osprey. During this tour, Holsey also served as the inaugural commander of the International Maritime Security Construct/ Coalition Task Force Sentinel in support of commander, U.S. 5th Fleet, where he led a seven-nation coalition headquarters to full operational capability in a matter of months while enhancing international partnerships and improving stability in the region.

Holsey thanked the skilled and hard working men and women of CSG 1 for the team’s continued success.

“It has been an absolute honor to lead you,” Holsey said. “When I took command, I only asked for one thing - your personal best, and you delivered at every turn. You executed with professionalism, purpose and precision. Know that you delivered a “Ready Force for 2020,” and I cannot be more proud of your efforts.”

"It is a tremendous privilege to have the opportunity to relieve Rear Adm. Holsey in leading Carrier Strike Group 1 and I thank him for his visionary leadership and long range goals for the strike group which have us well-positioned to commence our training phase,” said Kott. “I look forward to working with the dedicated and talented Sailors across our strike group as we work together to sustain mission readiness, increase our integrated combat effectiveness, and to be ready whenever called upon.” 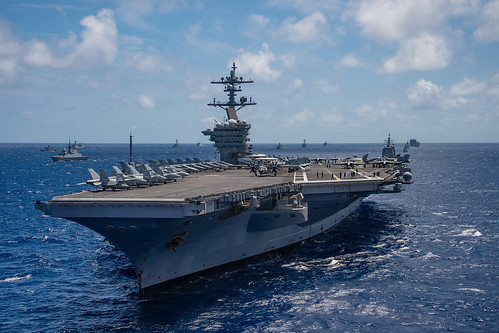