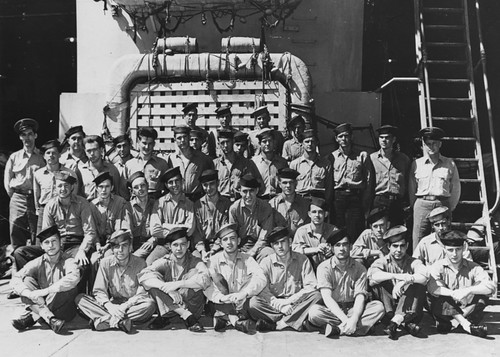 In this undated photo, members of the crew of USS Indianapolis (CA 35) pose in the well deck during World War II. (U.S. Navy)

WASHINGTON - Today, Chief of Naval Operations (CNO) Adm. Mike Gilday sent a message to the fleet asking for a moment of silence on July 29, between 11:03 a.m. and 11:15 a.m. EDT, to honor the 75th anniversary of the sinking of the USS Indianapolis (CA 35).

Below is the text of his message:

“On July 30, 1945, just three minutes after midnight, the heavy cruiser USS INDIANAPOLIS (CA 35) was struck by two Japanese torpedoes in the dark of night while conducting a solo transit of the Philippine Sea. Despite their best efforts, the ship went down in 12 short minutes. While around 900 of the 1,195-member crew escaped the ship that night, tragically only 316 were rescued.

While much is written about the crew's four harrowing days in the waters of the Pacific waiting to be found with few lifeboats, over-exposure to the elements, and almost no food or water, one thing is certain: those brave Sailors and Marines endured impossible hardships by banding together. And we must do the same today.

So, I ask you to pause and take a moment on July 29, between 11:03 a.m. – 11:15 a.m. EDT, to remember the brave Sailors and Marines of INDIANAPOLIS. Remember their courage and devotion to each other in the face of the most severe adversity. Remember their valor in combat and the role they played in ending the most devastating war in history. Honor their memory and draw strength from their legacy.

America. Has. A. Great. Navy. Our nation counts on you and so do I. Never more proud to be your CNO.” 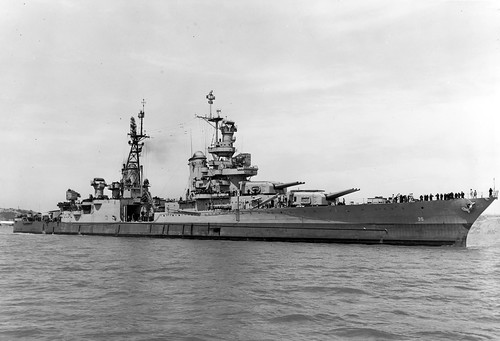 USS Indianapolis (CA 35) is shown off the Mare Island Navy Yard, in northern California, July 10, 1945, after her final overhaul and repair of combat damage. (U.S. Navy)