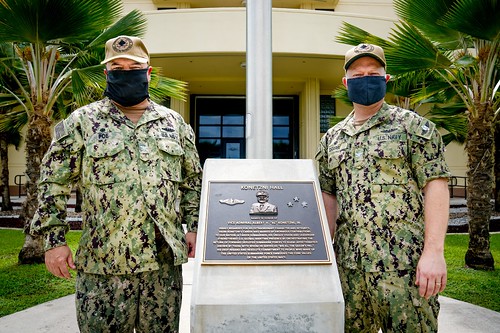 After serving over two years as commodore of CSS-15, Capt. Tim Poe turned over command to Capt. Bret Grabbe. During his time with CSS-15, Poe oversaw four Los Angeles-class fast-attack submarines in Guam as not only the commodore, but also in his prior assignment as squadron deputy commander for mission readiness.

“As deputy, I was able to see the intricacies of Guam operations and the forward-deployed units on the waterfront,” said Poe, a native of Patuxent River, Maryland. “I applied what I learned as deputy to my role as commodore and focused the squadron’s mission on manning, training and equipping our units, resulting in the deployment of all of our submarines in the past year. We’re here to assure our warfighting units are ready and capable of heeding the nation’s call at a moment’s notice.”

Many of CSS-15’s major accomplishments under Poe’s leadership include transitioning USS Asheville (SSN 758) from a shipyard unit to a deployed unit, maintaining support to four submarines and deployed units, strengthening partnerships with the community through volunteer work, and supporting the aircraft carrier USS Theodore Roosevelt (CVN 71) through Hotel Task Force.

“I am very proud of what my team has accomplished during my time here,” said Poe. “They’ve shown what it means to be a Sailor through countless hours supporting our boats by maintaining mission readiness, and they’ve thrived as shipmates by taking care of Theodore Roosevelt Sailors after a COVID-19 outbreak impacted their ship. The squadron staff and boats are the heart of what it means to be ‘Ready in all Respects.’”

Poe was properly relieved by Grabbe in the commodore’s office at Konetzni Hall.

Grabbe looks forward to taking on the new role as commodore of CSS-15.

“The most rewarding jobs for me are always the ones where I get to interact with Sailors and shipmates on a regular basis,” said Grabbe, a native of Kansas City, Kansas. “I am most looking forward to engaging with the crews of our submarines and all of the ashore personnel that support our mission here in Guam.”

Grabbe emphasized the importance of the Navy’s only forward-deployed submarine force.

“I want to continue the efforts already in motion to ensure warfighting readiness meets national security demands,” he said. “This is important for the submarine force, but our geographic proximity is what adds emphasis for CSS-15. This is not limited to the submarines conducting operations; it extends to every member stationed here in Guam that supports our submarines and submariners in any way.”

CSS-15 is located at Polaris Point, Naval Base Guam in Piti, Guam, and consists of four Los Angeles-class fast attack submarines. The squadron staff is responsible for providing training, material and personnel readiness support to these commands. Also based out of Naval Base Guam are submarine tenders USS Frank Cable (AS 40) and USS Emory S. Land (AS 39). The submarines and tenders are maintained as part of the U.S. Navy's forward-deployed submarine force and are readily capable of meeting global operational requirements. 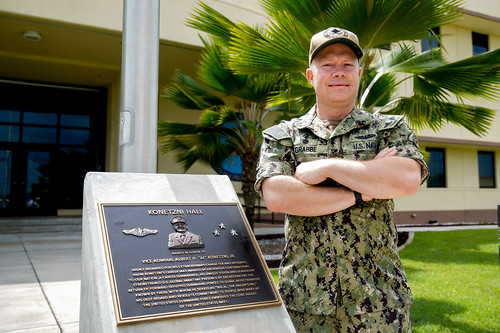