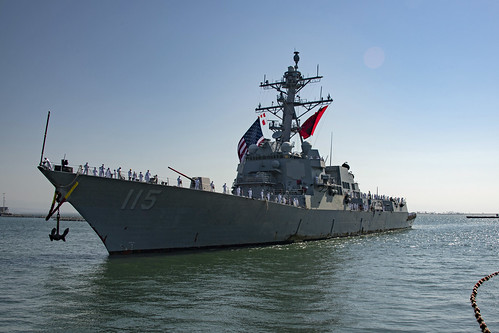 "The officers and crew performed brilliantly during the ship's inaugural deployment," said Cmdr. Chad Trubilla, Rafael Peralta's commanding officer. "This maiden deployment has been wrought with challenges and proved to be unique in many ways, but what remained consistent throughout has been our Sailors' commitment to be the very best at everything we do, every moment of every day."

"Our idea was to shape our excellence by design, to be prudent in our actions and thoughtful in our execution, maintaining constant positive control over ourselves and our mission; nothing has been left to chance within the constant grind in the pursuit of perfection," Trubilla said. "I am proud to say we're walking off the field exhausted, after having given our maximum effort, while operating in a complex environment of great power competition. The Lava Dogs are a hard-nosed team."

The United States has maintained forward-deployed naval forces in East Asia for more than 75 years and will continue to operate forward, deter aggression, respond to natural disasters and regional crises, and ensure that global sea lanes of communication remain open for use by all. The United States is committed to maintaining a free and open Indo-Pacific alongside allies, partners, and friends. 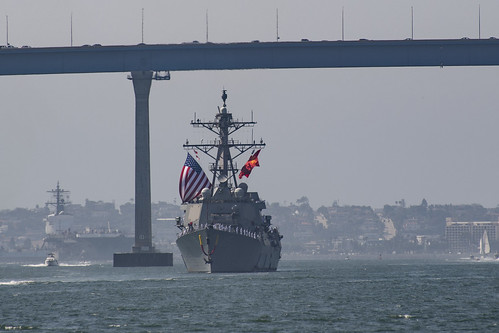 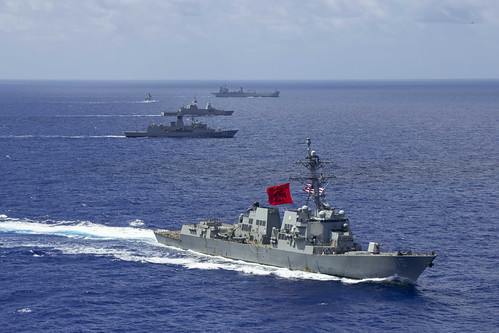