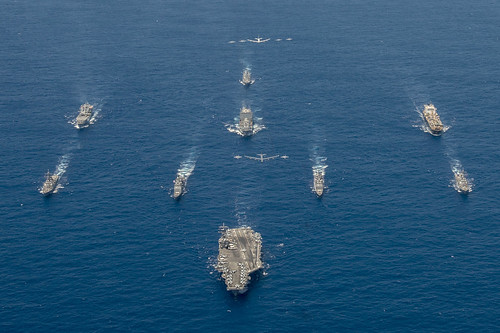 Valiant Shield focuses on integration of training in a blue-water environment. This training enables real-world proficiency in sustaining joint forces through detecting, locating, tracking, and engaging units at sea, in the air, on land, and cyberspace in response to a range of mission areas.

"It is vitally important that we demonstrate to our allies and partners our strong commitment to a free and open Indo-Pacific." Rear Adm. Michael Boyle

“Exercises such as Valiant Shield allow U.S. forces the opportunity to integrate warfighting concepts such as all-domain strike group operations in a joint high end warfare training environment to continuously improve joint lethality,” said Rear Adm. Michael Boyle, director maritime operations, U.S. Pacific Fleet. “It is vitally important that we demonstrate to our allies and partners our strong commitment to a free and open Indo-Pacific.”

The participating forces will exercise a wide range of warfighting capabilities and demonstrate the inherent flexibility and capability of U.S. naval fleet operations and integration of joint forces. The range of capabilities include maritime security operations, anti-submarine and air-defense exercises, amphibious operations, and other elements of complex warfighting.

In coordination with military medical personnel and public health personnel, every aspect of Valiant Shield 2020 has been analyzed to ensure the appropriate mitigation measures are taken against COVID-19. The planning focused on protecting service members and their families; preventing the spread of the virus to U.S. forces, local residents, allies, or partners; and ensuring warfighting readiness in order to accomplish assigned missions.

The lessons learned from exercises like Valiant Shield assists U.S. forces in developing regional and global power projection capabilities by integrating warfighting concepts that provide a full range of options to succeed in defense of U.S. interests and those of its allies and partners around the world.

Valiant Shield is a series of military exercises that promote integration among joint forces. Each successive exercise builds on lessons learned from the previous training to enhance complementary capabilities and develop new tactics, techniques, and procedures. This training will provide the deterrence and stabilizing effects of a force-in-being, ready at the outset of a contingency, without the need for force buildup or extensive mission rehearsal.

This is the eighth exercise in the Valiant Shield series that began in 2006. 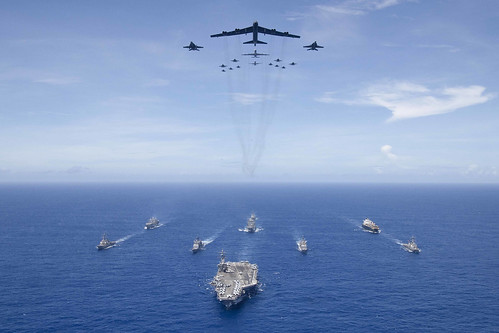