Command of USS Greeneville changes hands after return from deployment 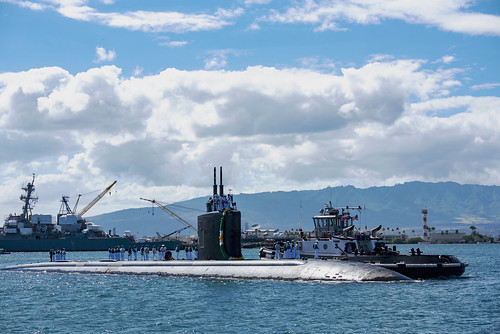 Greeneville returned from a deployment in the 5th and 7th Fleet areas of operation, Sept. 11. During this time, 30 members of the crew advanced or promoted, two chiefs were selected as commissioned officers, 47 Sailors earned their submarine warfare qualification "dolphins", and 21 Sailors qualified in supervisory positions.

"We safely steamed over 50,000 nautical miles together, crisscrossing about half the earth to fulfill important missions in both the Western Pacific and U.S. Central Command,” said Spillner. “We rapidly pivoted to a completely new and unexpected mission area in response to world events, quickly ramping up our knowledge and plans for the new theater of operations. We really had a chance to prove just how self-sufficient an SSN can be, loading over 40 days of food and supplies via small boat transfers, conducting some of those transfers in open-ocean conditions, and setting our highly trained technicians loose to troubleshoot and make depot-level repairs ourselves. I have seen a lot of amazing things in 21 years of active duty, but not too many more inspiring than seeing the Greeneville ‘ohana come together to surmount every challenge thrown at us.”

Spillner’s next assignment will be as the senior member of the Combat Readiness Evaluation Team at Commander, Submarine Force, U.S. Pacific Fleet.

“The crew stepped up and executed a very diverse mission set without a single hiccup,” said Spillner. “We were consistently in the right place at the right time to do what only submarines can do, and I hope the crew and their families will always be as proud as I am of the contributions we made to our nation’s security.”

Lane comes to Greeneville from Submarine Squadron 15 in Guam, where he served as the deputy commander for material readiness.

“I am incredibly proud of the crew,” said Lane. “They performed admirably during an arduous deployment with only one port call. I admire the culture of family and the camaraderie amongst the crew and am highly invested in maintaining Greeneville’s operational success and positive command climate. Our nation depends on us, and our missions demand confident leaders, tactically and technically proficient Sailors, and an aggressive, determined spirit. I look forward to serving with you and meeting the challenges ahead.”

Greeneville measures more than 360 feet long and weighs more than 6,900 tons when submerged. She was christened Sept. 17, 1994, and commissioned on Feb. 16, 1996, at Naval Station Norfolk. The Greeneville arrived at its current homeport of Pearl Harbor, Hawaii in March 1997. 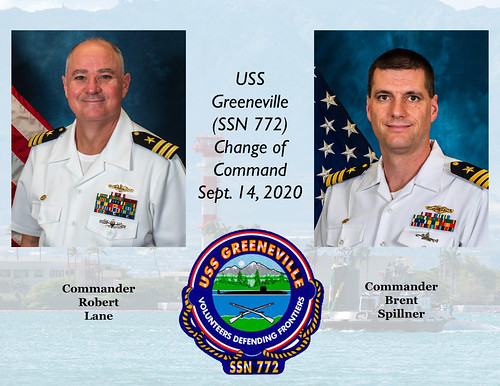