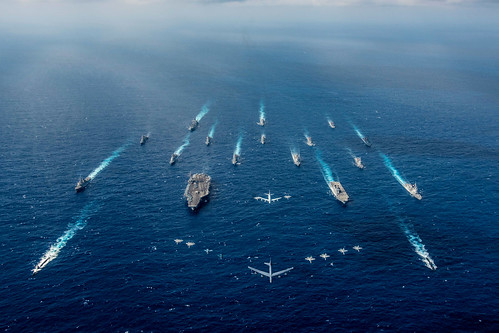 Keen Sword is the latest in a series of joint/bilateral field training exercises since 1986 designed to increase combat readiness and interoperability of the JSDF and U.S. forces.

During this year’s iteration, the Japan Ground Self-Defense Force’s (JGSDF) Amphibious Rapid Deployment Brigade (ARDB) and U.S. Marines from III Marine Expeditionary Force will conduct multiple amphibious landings both unilaterally and side-by-side on several islands in the vicinity of mainland Japan. A Royal Canadian Navy Halifax-class frigate will also participate in the maritime portion of the exercise.

Exercises like Keen Sword provide the JSDF and U.S. military opportunities to train together across a variety of mission areas in realistic scenarios, enhancing readiness, interoperability, and building credible deterrence. Further details of the exercise will not be released until the start of the exercise due to operational security.

In coordination with public health and military medical personnel, every aspect of Keen Sword is continually being assessed to ensure appropriate COVID-19 mitigation measures are taken. The planning focus of mitigation measures were to protect service members and their families; prevent the spread of the virus to U.S. forces, local residents, allies; and ensure warfighting readiness in order to accomplish assigned missions.

For questions regarding U.S. participation prior to exercise start please call U.S. Pacific Fleet at +1 808-471-3769. Exercise public affairs contact information will be made available prior to the start of the exercise. Questions regarding JSDF training and personnel should be referred to Japan Joint Staff Office Public Affairs at +81-3-3268-3111 ext. 30056.