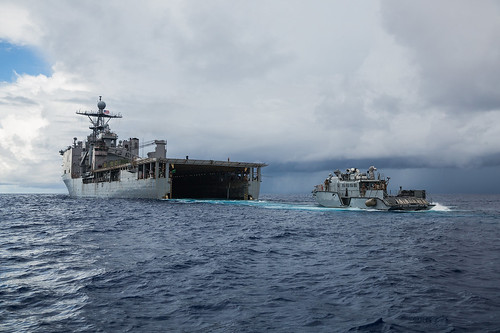 PHILIPPINE SEA - USS Comstock (LSD 45) is underway after loading Mark VI patrol boats and expeditionary mine countermeasure (ExMCM) elements in Guam to integrate Navy expeditionary forces aboard the amphibious dock landing ship for a security patrol in the Philippine Sea.

The interoperable patrols with Navy and Marine Corps expeditionary forces allow them to increase their ability to respond to threats, deter hostilities and maintain stability in the Indo-Pacific.

Maritime Expeditionary Security capabilities and the growing fleet integration contribute to the high-end fight to reinforce blue-water operations and dominate the shorelines.

“Our Navy and Marine Corps team continues to boldly employ cross-domain capabilities, particularly with our allies and partners, underscoring our commitment to theater security,” said Healy.

CTF 75 is 7th Fleet’s primary expeditionary task force and is responsible for the planning and execution of maritime security operations, explosive ordnance disposal, diving, engineering and construction, and underwater construction. Additionally, it provides direct support to diving and salvage operations and expeditionary intelligence throughout the Indo-Pacific region.

CTF 76/Expeditionary Strike Group Seven is the Navy’s only forward deployed amphibious force and is responsible for conducting expeditionary warfare operations to support a full range of theater contingencies, ranging from humanitarian and disaster relief to full combat operations, to ensure security and stability in the Indo-Pacific. U.S. 7th Fleet is the largest numbered fleet in the world, and with the help of 35 other maritime-nation allies and partners, the U.S. Navy has operated in the Indo-Pacific region for more than 70 years, providing credible, ready forces to help preserve peace and prevent conflict. 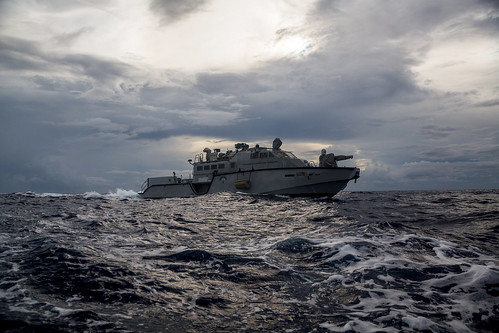 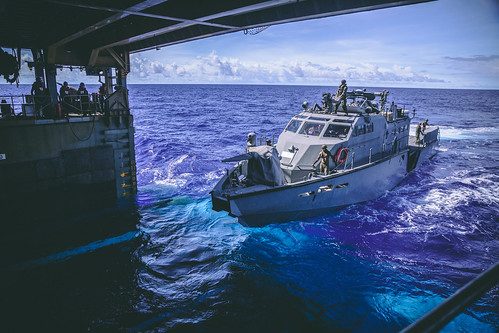