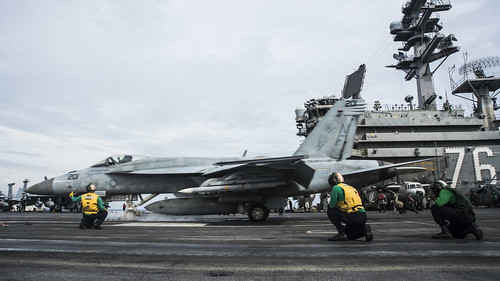 SOUTH CHINA SEA - The Ronald Reagan Carrier Strike Group has returned to the South China Sea for the third time of its 2020 deployment.

While in the South China Sea, the strike group is conducting maritime security operations, which include flight operations with fixed and rotary wing aircraft, maritime strike exercises, and coordinated tactical training between surface and air units.

“Throughout our deployment, we continue our long tradition demonstrating the United States’ commitment to the lawful use of the seas and maintaining open access to the international commons.” Rear Adm. George Wikoff

Sailing nearly 56,000 nautical miles so far this deployment, the strike group is committed to upholding U.S. security agreements with regional allies and partners, and demonstrating the capability of forward-deployed naval forces to quickly respond to any contingency throughout the region.

“Throughout our deployment, we continue our long tradition demonstrating the United States’ commitment to the lawful use of the seas and maintaining open access to the international commons,” said Rear Adm. George Wikoff, commander, Ronald Reagan Carrier Strike Group. “The focus of our operations has always been, and will continue to be, cooperation alongside our Indo-Pacific allies and partners in promoting regional stability.”

Throughout the 2020 deployment, Ronald Reagan and accompanying units have routinely integrated with ally and partner naval forces to build high-end warfighting readiness through air defense, anti-submarine warfare, maritime strike, and force protection exercises. The strike group recently operated in the Indian Ocean, conducted two transits through the Strait of Malacca, and completed various multinational exercises throughout the Indo-Pacific.

Taking a cooperative approach to regional security and stability, the United States remains committed to protecting the rights, freedoms, and lawful uses of the sea, and the ability of all countries to exercise those rights. Together, the U.S. and its allies promote peace and prosperity by supporting international norms.

The Ronald Reagan Carrier Strike Group is forward-deployed to the U.S. 7th Fleet area of operations in support of a free and open Indo-Pacific region. U.S. 7th Fleet conducts forward-deployed naval operations in support of U.S. national interests in the Indo-Pacific area of operations. As the U.S. Navy's largest numbered fleet, 7th Fleet interacts with 35 other maritime nations to build partnerships that foster maritime security, promote stability, and prevent conflict. 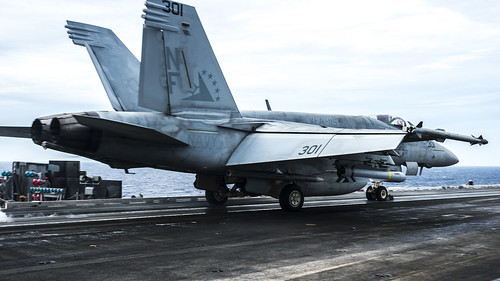 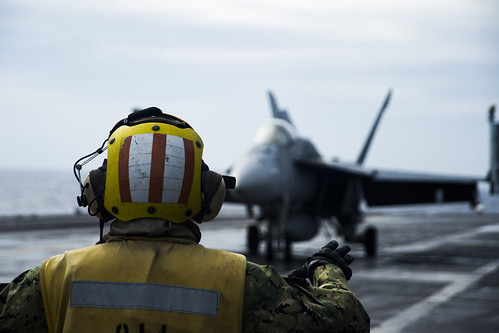