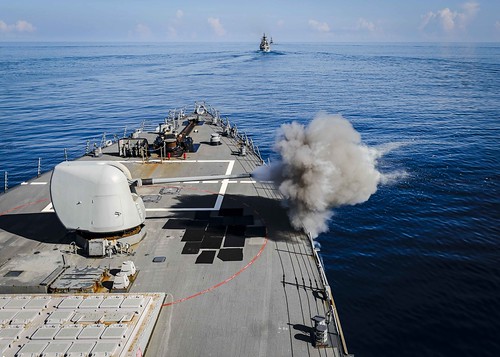 “Today’s simultaneous live fire events in two different oceans across the theater are example of the lethality we bring to bear alongside our strategic allies and partners in the region,” said Capt. Steven DeMoss, commodore, Destroyer Squadron (DESRON) 15.

On the same morning, more than 3,000 miles away, Curtis Wilbur joined HMCS Winnipeg of the Royal Canadian Navy during a live-fire gunnery exercise to engage an unmanned, remote-operated surface target.

“We were able to test and train our close-in weapon system (CIWS), 25mm machine gun and .50-caliber machine gun operators,” said Ensign William Lee, gunnery officer of USS Curtis Wilbur. “Being able to test those capabilities as well as our crew’s abilities against a moving surface target was a great opportunity.”

Exercises such as these allow for practical training while exchanging skills and cultures and increasing understanding of multinational operations.

“Australia, Canada, India, and Japan are key strategic allies and partners and critical stakeholders to upholding stability and regional security,” said DeMoss. “Together, our job is to be ready – now and always – to bring as much responsive, flexible, enduring, and overwhelming force as we can, to any situation where force is required.” 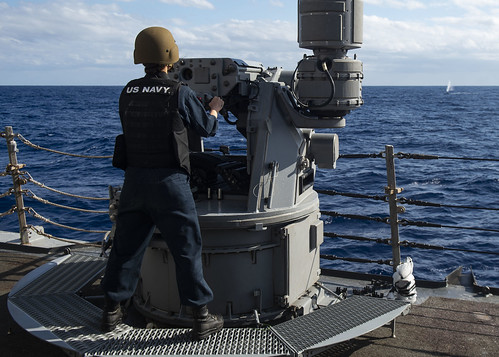