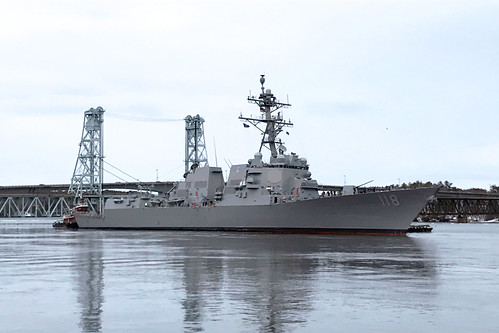 INSURV inspected the ship during a series of demonstrations while pier side and underway. Many of the ship’s onboard systems, including navigation, damage control, mechanical and electrical systems, combat systems, communications, and propulsion applications, were tested to validate performance and met or exceeded Navy specifications.

As one of the Defense Department's largest acquisition organizations, PEO Ships is responsible for executing the development and procurement of all destroyers, amphibious ships, special mission and support ships, and special warfare craft.