PACIFIC OCEAN - Leadership from throughout the U.S. Navy’s Pacific Fleet visited San Diego-based commands Feb. 8, initiating the first in a series of stand-downs addressing extremism in the ranks.

“I have policies in the Pacific Fleet that we do not care what race you are, what creed you are, what god you pray to, what sexual orientation you are, or what gender you are,” said Aquilino. “We are all Sailors, we are all shipmates, and we are here to serve our nation and defend the Constitution. I owe you a safe place to work so that you can execute your mission and fulfill your oath.”

The visit to Vinson comes in the wake of an incident aboard the ship, where hate speech graffiti was discovered in a bathroom. Naval Criminal Investigative Service (NCIS) was called and initiated an immediate investigation.

Aboard Vinson, Aquilino and Honea hosted several round table discussions with Sailors assigned to the ship and Carrier Air Wing TWO. During the sessions, they listened to Sailors share first-hand experiences of discrimination, and took suggestions on what the Navy could do to address these issues.

During the meetings, Aquilino and Honea also communicated their own priorities for the Fleet. According to Honea, the first step to a bias-free Navy is fostering a culture of inclusion.

“It is a privilege to serve, and every man and woman deserves dignity and respect at all times,” said Honea. “All too often, though, people show up in our ranks and feel like they do not belong. We need to make sure that we are bringing everybody along with us and that we do not leave anyone behind.”

“I need your help. I need you to reinforce that our Sailors have a safe place to work, “said Kitchener. “We will continue to do our mission because that’s who we are. Our strength is our people—no matter who they are or where they come from.”

Before departing the ships, Aquilino addressed the crews over the shipboard announcing system, telling the Sailors that discrimination goes against the Navy’s core values of honor, courage, and commitment. He stressed the Navy’s zero-tolerance policy on discrimination, and promised that this issue has his undivided attention.

“Extremism in our Navy is unacceptable,” said Aquilino. “We will not tolerate it. We will stomp this out, and we need your help to do it.” 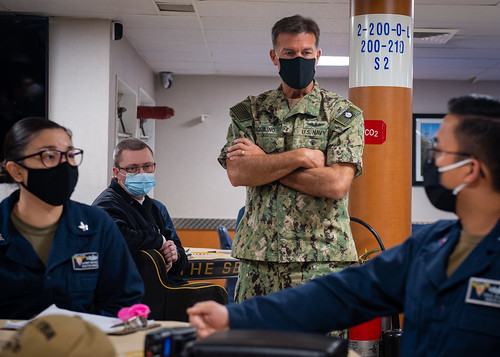 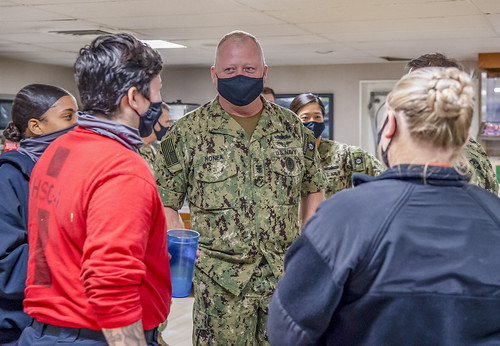