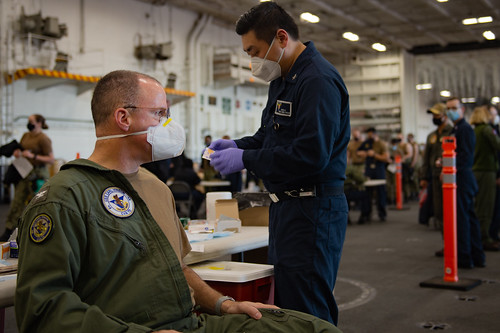 The first of the two-dose Pfizer vaccine was dispensed to the ship’s crew, strike group staff and embarked helicopter squadrons by Vinson’s medical department in the ship’s hangar bay while the ship was pierside at its homeport of San Diego.

The immunizations come as Vinson prepares for an upcoming deployment and are one critical component to maintaining mission readiness.

Cmdr. Josephine Hessert, Vinson’s senior medical officer, said the vaccinations protect Sailors and their families while simultaneously ensuring the Navy can execute missions. “I am so excited that the vaccine is finally here,” said Hessert. “We are fortunate that the military is prioritized as a national asset and we have early access to the vaccine. I would definitely encourage everyone to get it in order to keep themselves and their families safe.”

Chief Religious Program Specialist Blayne Benavente, assigned to Vinson’s command religious ministries department, was among those who received the vaccine. He said that he chose to be vaccinated because he wanted to set a good example for his junior Sailors. “This is important because it is one step back to a normal future,” said Benavente. “As leaders, if we expect our junior Sailors to get the vaccine, we should be getting it as well. I would never ask my Sailors to do anything I wouldn’t do.”

Hospital Corpsman 3rd Class James Barry, assigned to Vinson’s medical department, was one of those administering the vaccine and said that the massive operation was the culmination of weeks of preparation.

“Everything was very well planned out,” said Barry. “We all received training on the vaccine, how to administer it properly, and the route by which we can most effectively vaccinate the maximum amount of people possible. It was a very busy, but very smooth, evolution.”

Since the COVID-19 vaccine is currently voluntary for active duty members, not all personnel opted to receive the vaccination. There is a possibility that the vaccine could become mandatory in the future. 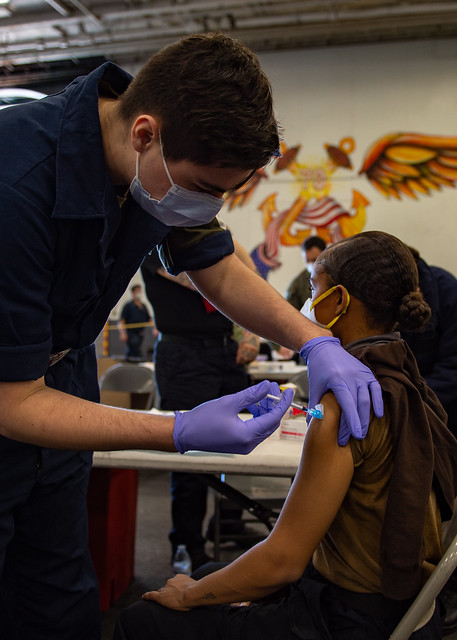 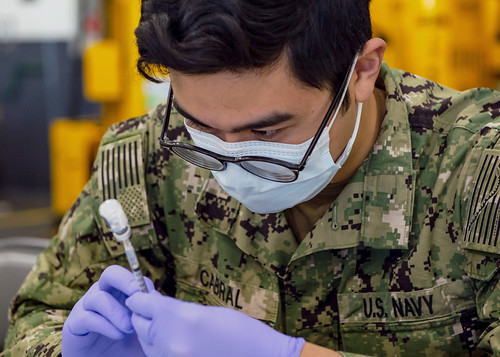 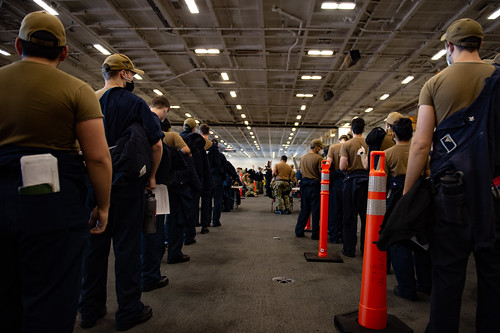