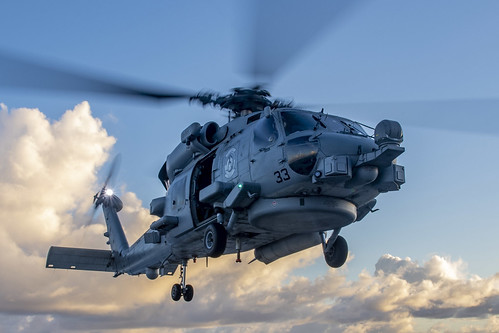 Helicopter Maritime Strike Squadron (HSM) 37 provided search and rescue support to Coast Guard aircrew and surface vessels after a fishing vessel and the embarked personnel were reported overdue the evening of March 25.

“I am extremely proud of the way my Sailors rendered aid during this search and rescue,” said Navy Cmdr. Matthew Martin, HSM-37’s commanding officer. “Working side-by-side with the Coast Guard was key in our ability to rescue the fisherman.”

The naval aircrew located the boater following an overnight search, and has transported him to a local civilian medical center to receive treatment.

Once on scene, the Hercules crew reported seeing debris in the area and watchstanders deployed the Coast Guard Cutter William Hart (WPC 1134) and Station Honolulu 45-foot Response Boat-Medium crews to assist with the search. HSM-37 aircraft joined the search and located the fisherman early Friday morning.

U.S. 3rd Fleet leads naval forces in the Indo-Pacific and provides the realistic, relevant training necessary to flawlessly execute our Navy’s timeless roles of sea control and power projection. U.S. 3rd Fleet works in close coordination with other numbered Fleets to provide commanders with capable, ready assets to deploy forward and win in day-to-day competition, in crisis, and in conflict.