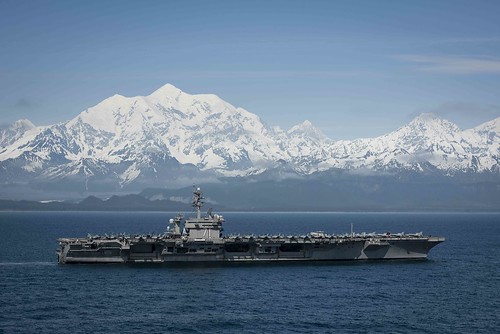 “We need events that allow the joint force to come together in a large venue to train alongside each other,” said Lt. Col. Mike Boyer, Pacific Air Forces NE21 lead planner. “Typically, training happens within your units, within your services, but you never really get the volume or the complexity you would expect to see in a modern day conflict. Northern Edge allows the joint force to put all the pieces of the puzzle together in the big picture and allows our younger generation within the armed forces to experience what future conflict could feel like in the complexities associated with it.”

U.S. military units in the continental United States and from U.S. installations in the U.S. Indo-Pacific Command area of responsibility will participate in the exercise. It is the largest military training exercise scheduled in Alaska this year with virtual and live participation.