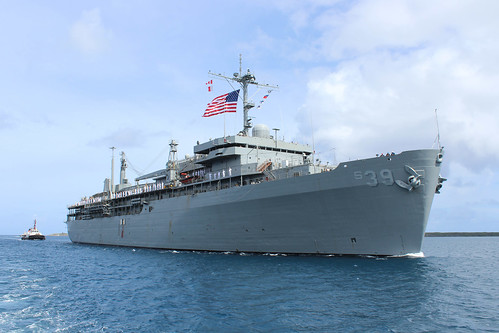 Land returned to Guam after completing an eight-month regular overhaul and dry-dock period at Mare Island Dry Dock in Vallejo, California. Throughout the maintenance period, numerous projects were completed aboard the ship to include an upgrade to its communication system to improve network capabilities and a fixed ballast install of 485 long tons of lead to improve buoyancy and stability of the ship.

“This maintenance period was a huge success,” said Capt. Michael Luckett, Land’s commanding officer. “With the completion of this yard period, I feel confident in our ability to return to the fleet stronger than we were before and ready to carry out our mission in the years ahead.”

After departing Vallejo in early April, Land transited to Naval Base Point Loma in San Diego for the completion of various inspections and a visit from Commander, Submarine Force, U.S. Pacific Fleet.

In addition, Land’s health services department administered the second dose of the Moderna COVID-19 vaccine to their Sailors and civilian mariners.

After a total of 10 months away from Land’s homeport, many Sailors are excited to be reunited with their families in Guam.

“I have always said one of the toughest jobs in the Navy is that of a Navy spouse,” said Chief Yeoman Matthew Herndon. “The current condition of the world has made things more stressful, which makes being away from family even harder. The support of my wife and son throughout my time away has been key in keeping my sanity, stability and reason. At the end of the day, I look forward to returning home and being in the arms of my family and celebrating all the holidays missed.”

Land is scheduled to assume duties as the lead maintenance activity (LMA) this summer. As LMA, it will continue its mission of servicing submarines and surface ships throughout the U.S. 7th Fleet area of operations.

“I have no doubt about our ability to switch gears and take on our role as LMA to further contribute to the overall mission of the Navy,” said Luckett. “No challenge is too big for my exceptional crew, who do not waver in the face of adversity. The challenges we have faced and overcome together over the course of the last year are a true testament to the resiliency of Land Sailors and civilian mariners – a resiliency that will be the driving force aboard the ship for many years to come.”

Land is homeported in Guam and is one of two Navy submarine tenders that provide maintenance, hotel services and logistical support to submarines and surface ships in the U.S. 5th and 7th Fleet areas of operation. The submarines and tenders are maintained as part of the U.S. Navy's forward-deployed submarine force and are readily capable of meeting global operational requirements. 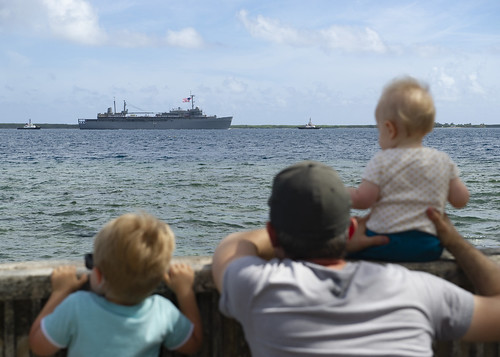 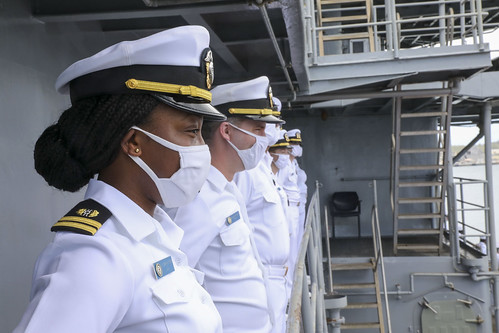 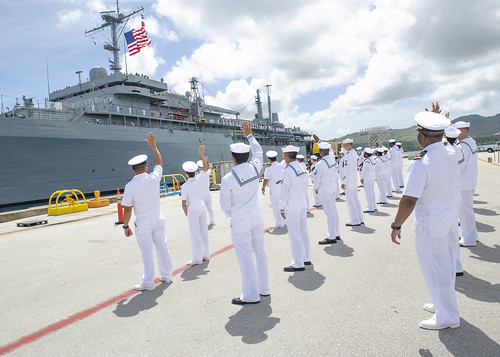 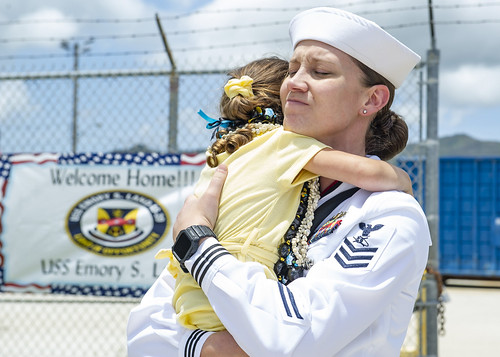