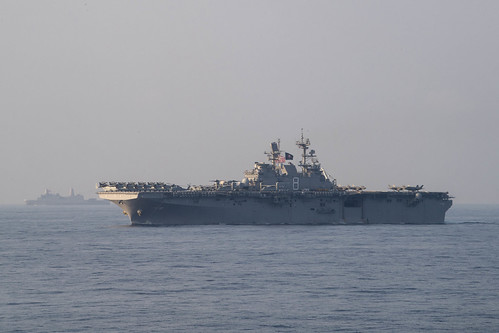 SAN DIEGO - More than 5,000 Sailors and Marines of the Makin Island Amphibious Ready Group (ARG) return to their San Diego homeport this weekend, concluding a seven-month deployment to the U.S. 3rd, 5th, 6th, and 7th Fleet areas of operation.

Marines with the 15th Marine Expeditionary Unit (MEU), embarked aboard the ships of the ready group, arrived off the coast of Southern California, May 21, to disembark at Camp Pendleton, California.

USS Makin Island (LHD 8), USS San Diego (LPD 22) and USS Somerset (LPD 25) will return to port at Naval Base San Diego following the offload. A contingent of 15th MEU personnel will remain aboard ARG shipping for the pier side arrival.

“I am so proud of the resilience and strength of character our Sailors and Marines displayed while serving our nation across four different fleets,” said Capt. Henry Kim, Makin Island ARG commander. “Despite the additional challenges of protecting a COVID-free bubble within the ARG, our Blue-Green Team determinedly exemplified the mottos of all three ships, ‘Gung Ho!’ ‘Stay Classy!’ and ‘Let’s Roll!’”

The ARG-MEU team departed November 10, after completing a pre-deployment sequester and back-to-back at-sea exercises in October.

“The 15th MEU and Makin Island ARG deployed during an unprecedented pandemic and demonstrated the ability of the Navy and Marine Corps team to successfully and safely execute operations in a COVID-19 environment,” said Col. Fridrik Fridriksson, 15th MEU commanding officer. “I am so incredibly proud of the professionalism, toughness and mental resiliency demonstrated by our Marines and Sailors. They have accomplished great things during this deployment.”

Less than two months into deployment, the ARG-MEU team, operated under U.S. Naval Forces Africa, and supported repositioning efforts in the U.S. Africa Command area of responsibility (AOR). From Dec. 20, 2020 to Jan. 31, 2021, the Makin Island ARG and 15th MEU conducted operations in Somalia and off the coast, as part of the Joint Force Maritime Component Command to Joint Task Force-Quartz, to provide support to OOQ in relocating Department of Defense forces in Somalia to other East Africa operating locations while maintaining pressure on violent extremists and supporting partner forces.

“From aboard the Makin Island ARG, the 15th MEU provided contingency response forces on a 24-hour alert status and security forces to facilitate the safe and expedient repositioning of troops from within Somalia,” said Lt. Col. George Flynn, commanding officer of BLT 1/4, 15th MEU. “Operation Octave Quartz demonstrated the 15th MEU’s ability to flex the entire Marine Air-Ground Task Force to meet combatant commander requirements.” In U.S. 5th Fleet, from February to March 2021, the ARG-MEU team operated in the Gulf of Aden, Arabian Gulf and the Red Sea, and conducted Theater Amphibious Combat Rehearsals in Kuwait, Ras Al-Khair and Tabuk in the Kingdom of Saudi Arabia to enhance proficiency and readiness while maintaining a tiered crisis response posture in the U.S. Central Command (CENTCOM) AOR. Ships of the ARG also participated in Group Arabian Sea Warfare Exercise (GASWEX) 21 with the French Marine Nationale’s Charles de Gaulle carrier strike group. GASWEX 21 was a multilateral maritime exercise in the Arabian Sea and Gulf of Oman with France, Belgium, and Japan, which allowed participating naval forces to effectively develop the necessary skills in maritime security, anti-air, anti-surface, and anti-submarine warfare to address threats to regional security, freedom of navigation and the free flow of commerce.

After returning to U.S. 3rd Fleet, the ARG-MEU team supported Northern Edge 2021 (NE21) from May 3 to 14. Approximately 15,000 U.S. service members participated in a joint training exercise hosted by U.S. Pacific Air Forces on and above the Joint Pacific Alaska Range Complex, the Gulf of Alaska, and temporary maritime activities area. NE21 was one in a series of military exercises designed to sharpen the joint forces' skills; to practice tactics, techniques, and procedures; to improve command, control and communication relationships; and to develop cooperative plans and programs.

Makin Island, flagship of the ARG, supported every unit’s operations and hosted five embarked units in addition to the MEU, while supporting a broad cross-section of mission areas.

“This deployment has been operationally diverse - from operating in the heat during Operation Octave Quartz to the cold weather for Northern Edge,” said Capt. Tom Ulmer, Makin Island commanding officer. “We have sailed independently as well as formed expeditionary strike forces with partners, allies, and other U.S. forces including the French carrier, Charles De Galle and USS Theodore Roosevelt strike groups. We have conducted operations in all warfare areas, while building a strong Makin Island / 15th MEU team—Team Raider—that excelled in all of our challenges—including overcoming COVID. I am very proud of all our Sailors and Marines for their hard work and dedication. We are excited to be home to reunite with family and friends.”

The ARG-MEU conducted more than 10,000 hours of flight operations, 6,800 launch and recoveries, and traveled more than 135,000 nautical miles of open ocean and restricted water transits.

The Makin Island ARG and 15th MEU provided numbered fleet and combatant commanders with a responsive, flexible and forward-deployed asset capable of maritime power projection, contingency operations and crisis response. Their capabilities enabled the shaping the operational environment to protect the United States and allied interests in any threat environment. 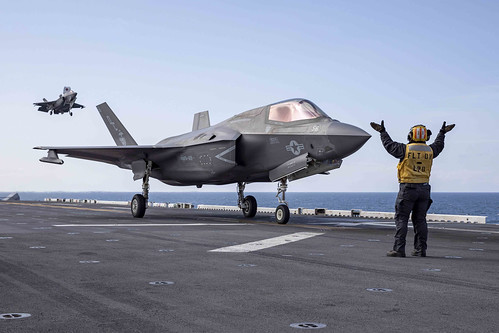 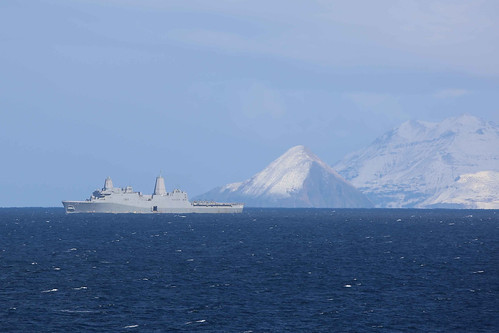 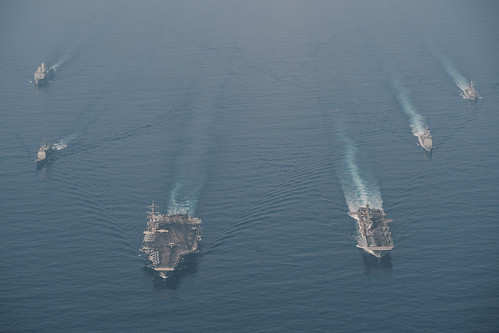 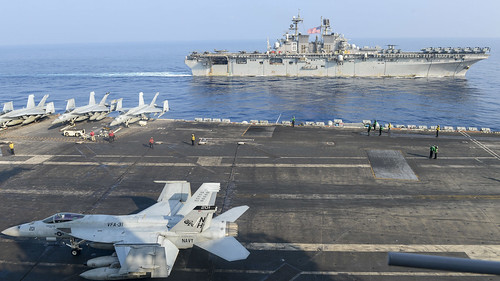