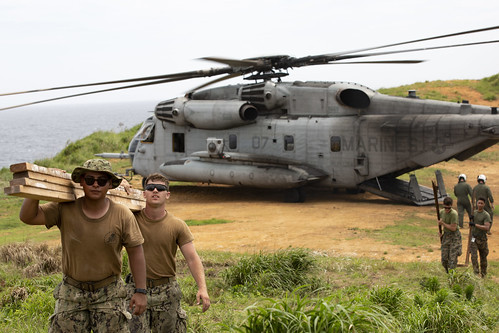 Poseidon’s Watchtower serves as an opportunity to rehearse both naval integration and EABO with Marines and Sailors from 3d Landing Support Battalion (LSB) and 9th Engineer Support Battalion (ESB) working alongside NMCB-4 Sailors, also known as Seabees, to simulate reconnoitering and establishing expeditionary advanced bases on the islands of Ukibaru and Irisuna off the coast of Okinawa.

During the exercise, Marines with 3d LSB and 9th ESB will support a contingent of Navy Seabees constructing a main bunker on Irisuna Island along with decoy bunkers dispersed across the island. Construction materials and equipment will be delivered via amphibious warships and landing craft air cushion hovercraft which will allow the Seabees and 3d LSB to exercise littoral operations with the greater 7th Fleet forces in the Indo-Pacific. Additionally, Marines from Marine Heavy Helicopter Squadron 462 will support transportation of equipment and materials to and from Irisuna Island via Sikorsky CH-53 Sea Stallion aircraft external sling lifts.

This exercise builds on the success and lessons the naval engineering force experienced during 9th ESB’s Pacific Pioneer in April 2021 in which naval engineers performed expeditionary construction in a distributed maritime environment.

“Poseidon’s Watchtower gives the naval expeditionary forces an outstanding opportunity to refine naval concepts such as the recently released Tentative Manual for EABO,” said Lt. Cmdr. Steve Bischak, operations officer for NMCB-4. “Operating in a littoral environment with no existing logistical infrastructure will require the unique skill sets that only the Navy-Marine Corps Team can bring to support fleet maneuver, fires, and logistics from the littorals.”

While Marines led the charge during Pacific Pioneer, the Seabees will sit at the helm during Poseidon’s Watchtower.

NMCB-4 is based out of Naval Base Ventura County and is commanded by Cmdr. Troy Brown. Brown, a Silverton, Ore., native, said that he looks forward to testing some of the concepts that the naval service is working in the National Capital Region with some additional capabilities from throughout the AOR.

“Our Seabees have worked closely with 3d MLG Marines and Sailors throughout our deployment to ensure we remain a ‘ready to fight now,’ stand-in Naval Construction Force,” said Brown. “I have been continually impressed with the ability of our Sailors and Marines to integrate and overcome operational challenges as a team. I expect to see the same during Poseidon’s Watchtower as we demonstrate the tight integration of naval forces in support of a maritime campaign.”

3d MLG, based out of Okinawa, Japan, is a forward-deployed combat unit that serves as III Marine Expeditionary Force’s comprehensive logistics and combat service support backbone for operations throughout the Indo-Pacific area of responsibility. 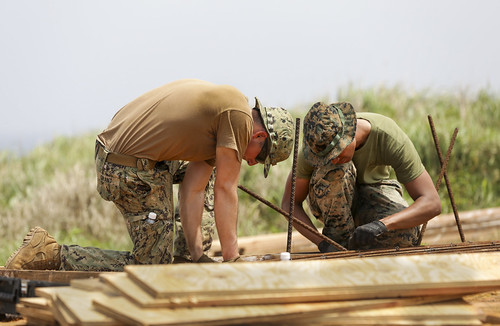 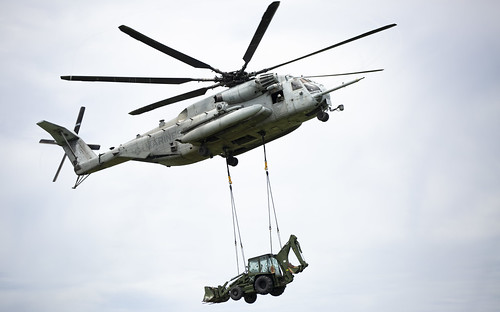 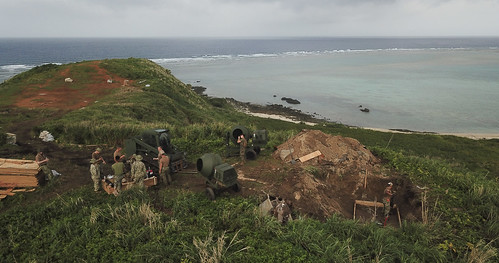 NMCB-4 Seabees construct a bunker on an uninhabited island off the coast of Okinawa. (U.S. Navy/MC2 Evan Parker) 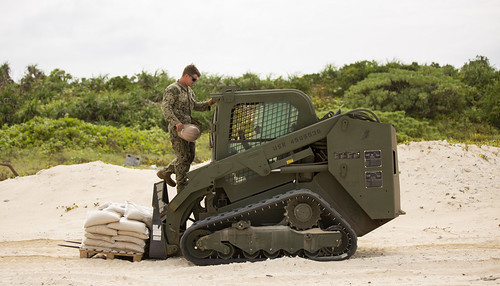 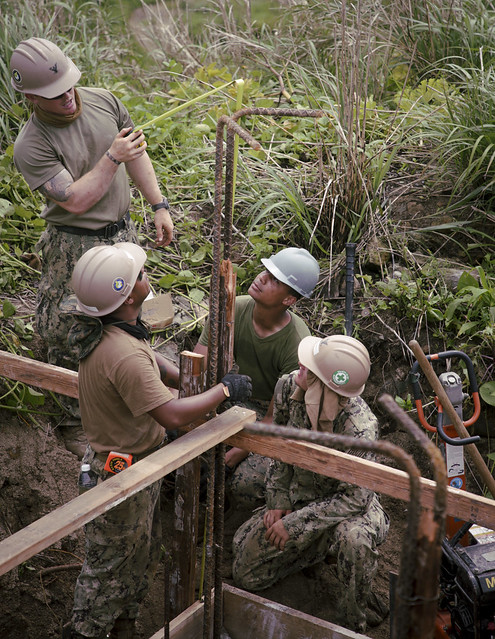