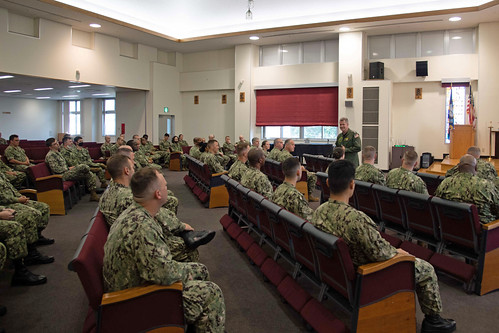 Before visiting Sasebo, Paparo visited Fleet Activities Yokosuka and met with local, political, and military leaders as well as leadership at the U.S. Embassy in Tokyo.

This scheduled trip to Japan was Paparo’s first since assuming command. While in Sasebo, Paparo spoke on the importance of the U.S. Pacific Fleet’s mission in this theater. He previously commanded Strike Fighter Squadron (VFA) 195 forward deployed to Japan.

"We are here to uphold international rules based order, and it is our goal to operate safely, strategically and unpredictably in the maritime domain to achieve this goal, to include freedom of navigation operations,” said Paparo. “We need to be ready to operate no matter what to include in the information space."

While in Sasebo, Paparo was accompanied by Rear Adm. Chris Engdahl, commander of Expeditionary Strike Group (ESG) 7, for a harbor security tour, an open discussion with waterfront command leadership, a meeting with the Sasebo Mayor Norio Tomonaga, and a meeting with Vice Adm. Deguchi Katsuto, Japan Maritime Self Defense Forces, Sasebo District Commandant.

“Sasebo is the home to a majority of Task Force 76 Sailors. Providing the Pacific Fleet Commander an opportunity to speak with and listen to our triads provided meaningful engagement,” said Engdahl. “Additionally, he was able to reinforce how important our enduring relationship is with local Sasebo civilian and military leadership.”

ESG 7, comprised of Amphibious Squadron 11, Destroyer Squadron 7, Helicopter Sea Combat Squadron 25, Mine Countermeasures Squadron 7, Naval Beach Unit 7, and USS Blue Ridge (LCC 19), is the Navy's only forward-deployed amphibious force, and is operating in the U.S. 7th Fleet area of responsibility to enhance interoperability with allies and partners and is responsible for the full range of expeditionary operations in the Indo-Pacific region. 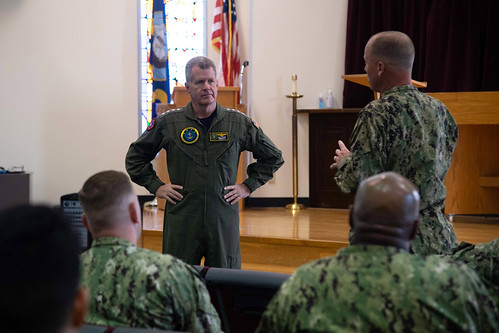