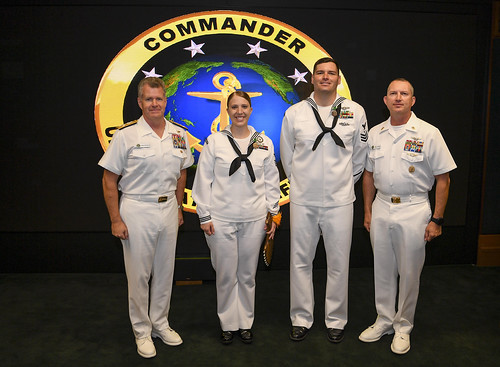 Adm. Samuel Paparo, PACFLT commander, commended the 11 SOY nominees from across the fleet. “It is my great honor to recognize our 11 Sailors for their significant contributions to the warfighting readiness of the U.S. Pacific Fleet,” said Paparo. “They exemplify our core values of honor, courage, and commitment with their dedication of service and continue the legacy of excellence established by our storied history of Pacific Fleet Sailors. Make no mistake…the warfighting readiness relies on the intellect, strength, character, and creativity of our Sailors – these leaders are the vanguard of our fleet!”

Leading up to the ceremony the 11 nominees learned about the rich naval history and heritage of Pearl Harbor. They toured the USS Arizona and Battleship Missouri Memorials to reflect on those Sailors who lost their lives in the 1941 attack on Pearl Harbor.

Prior to announcing the winners, Pacific Fleet Master Chief James R. Tocorzic praised all the SOY nominees for their hard work and dedication throughout their careers.

"All of our nominees deserve recognition. The two Sailors of the Year represent the best of our Navy,” said Tocorzic. “They have demonstrated the highest standards, and proven themselves by their hard work, dedicated performance, and leadership. I look forward to witnessing their future in the Chief Petty Officer Mess."

Bukowski, assigned to the staff of Commander, U.S. 7th Fleet, from Winter Park, Fla., will be meritoriously promoted to chief petty officer as part of his selection as PACFLT Sea SOY. "This was a humbling experience," said Bukowski. “This acknowledgement is a reflection of the junior Sailors I work with. This achievement is because of their action and the mentorship I’ve received from my chain of command.”

Flowers, assigned to the Surface Division 11, from Big Timber, Mont., will be meritoriously promoted to chief petty officer as part of her selection as PACFLT Shore SOY.

"I appreciate everyone who has helped me get here," said Flowers. “This experience has been one of a kind and I am excited for what is next.”

Former Chief of Naval Operations Adm. Elmo Zumwalt and former Master Chief Petty Officer of the Navy John Whittet established the SOY program in 1972 to recognize outstanding Atlantic and Pacific Fleet Sailors who best represented the group of dedicated professional Sailors at each command, and ultimately, the Navy. Within 10 years, the Sailor of the Year program was expanded to include the shore establishment and Navy Reserve Sailors.

Adm. Michael Gilday, Chief of Naval Operations and Master Chief Petty Officer of the Navy Russell Smith revised the SOY program to focus on talent management and enlisted leader development. The update increased the number of Sailors meritoriously advanced from four to 18. The update also modified the competitive cycle dates and provided clarity for competition timelines and nomination format to align with CPO selection board precepts and convening order. 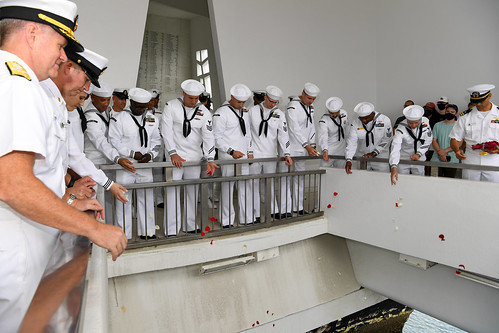