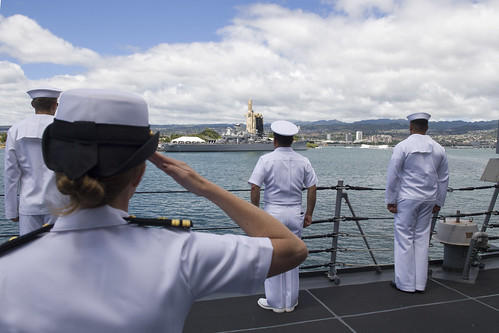 Sterett, deployed since the end of March, will conduct final preparations for returning to the ship’s homeport of San Diego, and welcome aboard friends and family members, or “Tigers,” for a “Tiger Cruise” transit.

“Sterett has met every challenge presented during this deployment with admirable professionalism, and I am extremely proud of every Sailor here,” said Cmdr. Claudine Caluori, Sterett’s commanding officer. “Hawaii was our first port visit of deployment, and it’s great to be closing it out with some of our Sailors’ friends and family aboard.”

“The Sailors really want to show off the ship and have responded well to showing the Tigers around. There’s been a really positive response to show off their spaces and what they do every day underway,” Mullen said. “It’s going to be a really fun time, not just for the Tigers, but for the Sailors as well.”