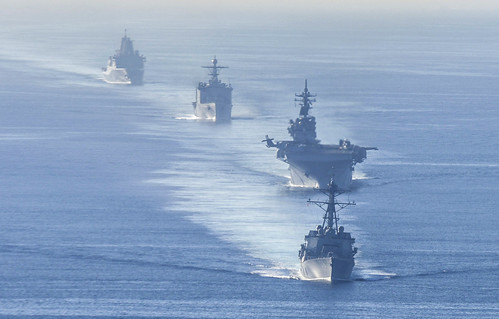 Dawn Blitz is a scenario-driven exercise designed to train and integrate Navy and Marine Corps units by providing a robust training environment where forces plan for and establish expeditionary advanced bases (EAB), execute an amphibious assault, engage in live-fire events, and integrate fifth-generation aviation capabilities in a land and maritime threat environment to test new integration and concepts of operation.

A key focus was integration between the Navy and Marine Corps to establish a powerful maritime force capable of meeting modern threats. The team examined the composite warfare construct and other command and control arrangements to promote unity of effort in littoral warfare.

In scenario, Dawn Blitz began when the United Nations issued a Security Council Resolution prompting the U.S. to deploy at the request of a partner nation alongside other coalition members to restore the internationally recognized borders of a fictional country. The scenario’s sequence of events was designed to provide realistic, relevant training to integrate forces in new ways, critical to maritime power projection.

Marines and Sailors established two EAB forward arming and refueling points (FARP). In one scenario the FARP serviced both Navy and Marine Corps aircraft, in the other, the FARP provided the commanders a secure location to service aircraft supporting operations in the deep fight.

For the first time, the blue-green team validated that they could launch a High Mobility Artillery Rocket System (HIMARS) from Navy ship and hit a target at 70 kilometers. The proof of concept with the HIMARS as a sea-based fires alternative afloat provides warfare commanders greater flexibility when conducting precision strikes.

To further capitalize on the HIMARS capabilities, Marines and Sailors transported the weapons system to an EAB in a hypothetical island chain. There, the HIMARS could be used in a sea denial role in support of naval shipping transiting a narrow strait.

The simulated strait transit allowed the strike group to practice utilizing integrated blue/green force protection measures, and to practice maneuvering together though restricted waters where ships can be vulnerable.

Throughout Dawn Blitz, the F-35B Lightning II supported operations across four of the six functions of Marine aviation: electronic warfare, aerial reconnaissance, anti-air warfare, and offensive air support. The F-35B was the force’s deep strike capability, and, for the first time, it successfully integrated with the sea-based HIMARS during the combined arms strike.

Navy medicine also made milestones, by establishing Role 2 surgical capabilities across the amphibious force. Historically, only the largest ship in an Amphibious Ready Group (ARG) has an embarked Fleet Surgical Team, making it the only ship with surgical capability.

“The demand signal for mobile Role 2 care has risen over the past decade, both from the missions that are requested of the deploying ARG, and also by the nature of ARG deployments, which are increasingly disaggregated in which the ships operate far from each other and therefore can’t rely on the LHD for surgical support,” said Cmdr. Robert Staten, Officer in Charge of Fleet Surgical Team 9.

The addition of Role 2 coverage on each of the two smaller ships provided an innovative capability along with the opportunity to experiment bringing that echelon of care ashore following an amphibious assault.

“Our Sailors and embarked Marines displayed exceptional professionalism and warfighting readiness in the execution of the amphibious assault,” said Capt. Patrick Foege, Commander, Amphibious Squadron 1. “The ARG/MEU performed as a cohesive, single entity, demonstrating the inherent mobility and operational flexibility that this integrated naval force brings to the combatant commanders.”

Overall, Dawn Blitz 2017 brought 2,900 Sailors and 1,600 Marines together to train, validate new concepts, and build ties. The success of this exercise continues to show the strength of the Navy-Marine Corps team, and the demonstration of our lethality and ability to fight and win in the future operating environment. 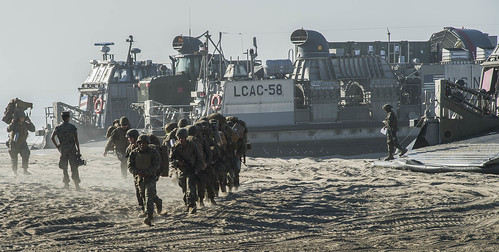 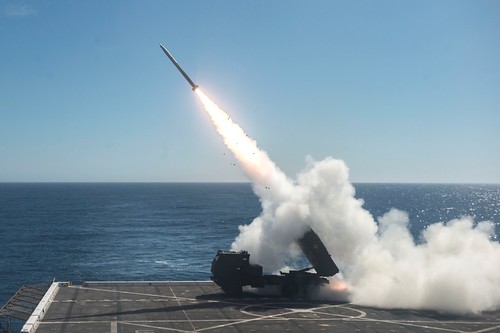 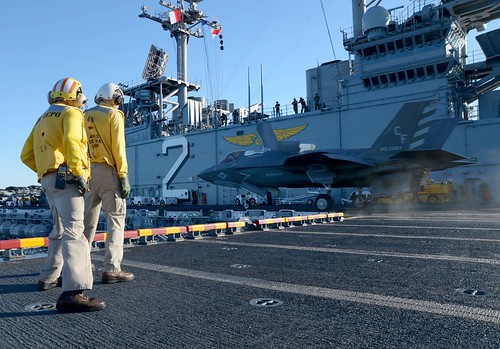